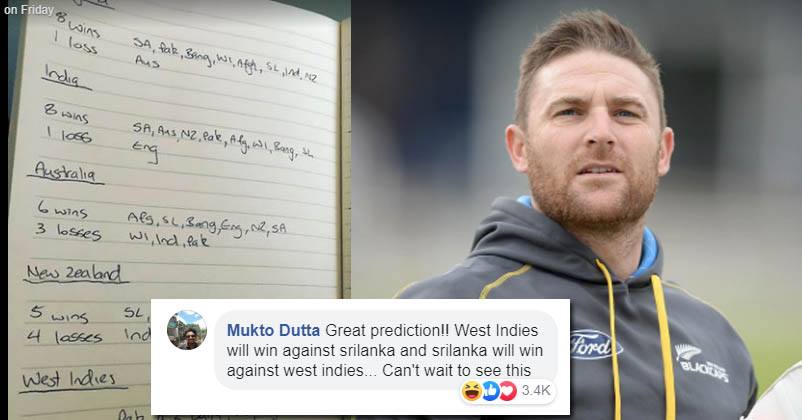 The mega cricketing event of the world ICC World Cup 2019 kicked off from Thursday. A month and a half long battle to be the best in the cricketing world. Every former cricketer has picked up their favourites teams they’re rooting for in World Cup 2019 and even predicted which team is going to win the astonishing trophy.

Former New Zealand skipper Brendon McCullum even predicted which teams are going to fight it out in the semis. Well, the former power hitter took time out give a detailed analysis match by match.

According to the prediction of Brendon McCullum India and England will be carving out their ways in the last stage of the league. Well, the power hitter was hilariously trolled for one of his prediction where he wrote West Indies will win against Srilanka. On the other hand, Sri Lanka will also win against West Indies.

Netizens are excited to witness the match of the century where both the teams will win and no one will lose. Have a glimpse at the hilarious comment section: 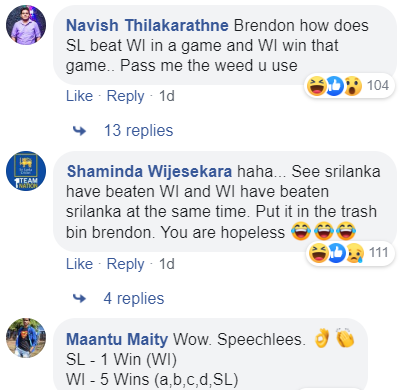 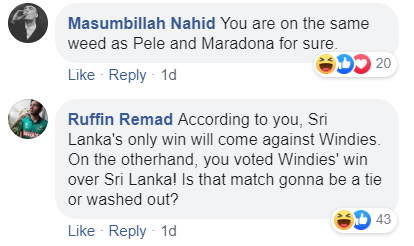