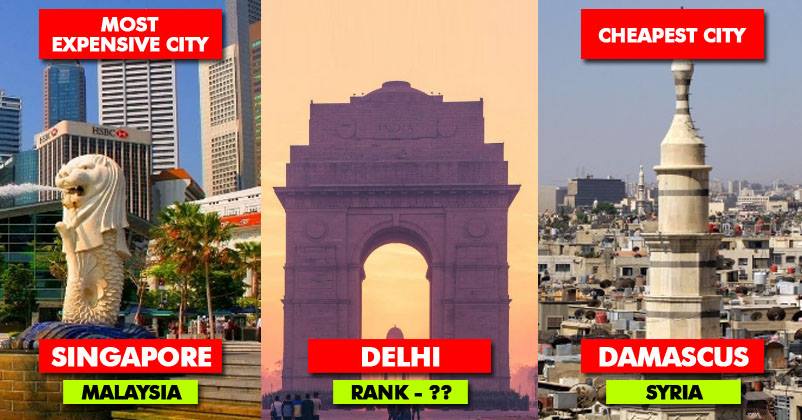 The increasing cost of living is a very big concern for most of the middle-class households in India. But what will you say if we tell you that three Indian cities feature in top ten list of the world’s cheapest cities?

As per an Economist Intelligence Unit (EIU) survey, Bangalore, Chennai and New Delhi are in the top ten cheapest cities of the world while the most expensive city of the world is Singapore.

The cheapest city in the world is Damascus, the capital of Syria. The second position is obtained by Caracas, capital of Venezuela and the third spot goes to Almaty, Kazakhstan’s business centre. 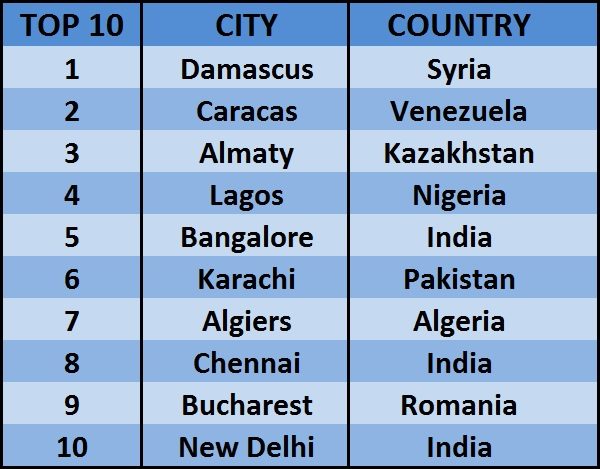 The findings of Worldwide Cost of Living 2018 survey reveal that the cities of South Asia, especially of India and Pakistan provide best value for money.

“India is tipped for rapid economic expansion, but in per-head terms, wage and spending growth will remain low. Income inequality means that low wages are the norm, limiting household spending and creating many tiers of pricing as well as strong competition from a range of retail sources.”

The report also stated that these cities are cheap because there is good supply of items in cities from the producers in rural areas and government subsidies also play an important role in keeping the prices of some products low, particularly if we compare them with the Western parameters.

“Although the Indian subcontinent remains structurally cheap, instability is becoming an increasingly prominent factor in lowering the relative cost of living of a location. This means that there is a considerable element of risk in some of the world’s cheapest cities.”

So in which city you want to live now?

Principal Raped 16-Yr Girl & Made A Dummy Student Write Her Board Exam. Shameful
World Happiness Report 2018 Out. Even Pakistan Is Happier Than India. Check Out Happiest Country