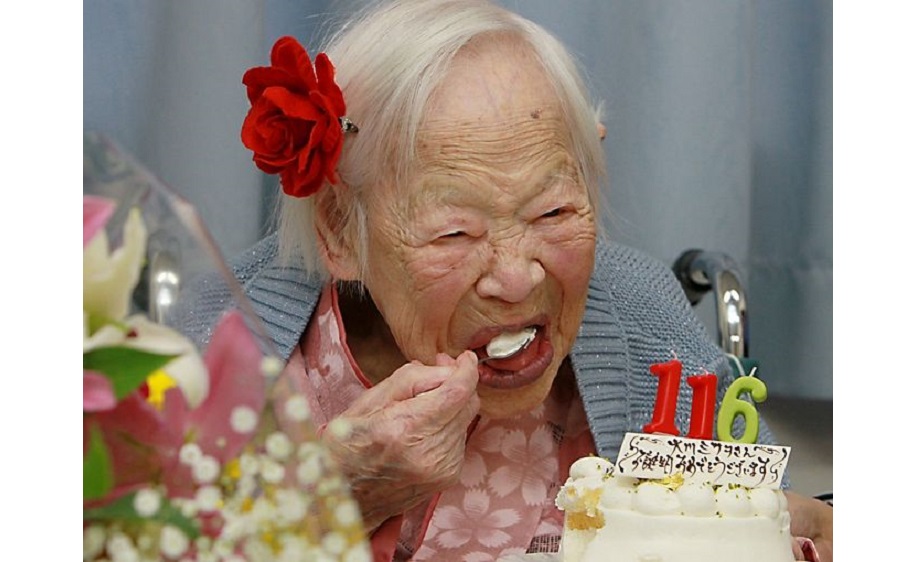 Can you believe that people, especially women, who are more than a 100-year old still living on our Earth in a perfectly fit and fine condition? I did not accept it as true but after going through the research I have made, statistics that come into view are exceptionally shocking. In this article, I have listed top 10 verified oldest living women of the world who establish to live on the globe from 18th and 19th Centuries. Isn’t it unbelievable? Well, you too would trust me after reading below… A supercentenarian of Japan, Misao Okawa holds the title of the world’s oldest living person and validated oldest Japanese plus the oldest human being born in the Asian continent. Establishing her existence since the 18th Century, Misao presently stays at a nursing home of Osaka. She was blessed with three kids of whom two are alive even today. What is more, Guinness World Records formally acknowledged and certified Okawa as the planet’s oldest alive woman on February 27, 2013. Talking of her longevity, Misao gives its credit to sleep and sushi. The oldest verified alive person of the US as well as the globe’s second most aged human being, Gertrude Weaver is the daughter of sharecroppers. Talking about her health, it got little weakened after she completed 115 years of her life. Nevertheless, Gertrude even now moves out for having food and involving in some activities. Surprisingly enough, Weaver got a letter from Mayor of Camden and Obama declaring her date of birth as “Gertrude Day”. She is the second oldest living person of the US and bestowed with grandchildren, great-grandchildren, and great-great-grandchildren. Jeralean has been fond of sewing clothes, enjoying a game at casinos, fishing etc. More amazingly, she could catch seven catfish even when she was 114. “Treat others the way you want to be treated” is the principle of her life. New York’s oldest alive dweller and the third oldest in the US, Susannah Mushatt Jones ranks herself on the fourth place among top 10. She belongs to the family of sharecroppers but decided to run away the tough survival. Jones is suffering from blindness, makes use of a wheelchair, is partial deaf and unable to speak much. She did not smoke, drink, wear makeup, use hair dye or party ever. Besides, Susannah enjoys almost 10 hours of sleep everyday and gives credit to short-term married life for her living an incredible age. Emma Morano has acquired the fifth position as far as world’s top 10 oldest living people are concerned. Additionally, she is the oldest living human being in the whole of Italy as well as Europe. Not only this, Morano is the last alive individual of Europe who was born in the 18th Century. She got married in 1926 and gave birth to a baby boy in 1937. Unfortunately, he died at the age of less than a year. Her married life proved to be unsuccessful and unhappy; therefore, they separated in 1938.

Speaking of her eating habits and secret behind such long life, Emma asserts no use of drugs, three eggs daily, a glassful of home-produced brandy and few pieces of chocolates occasionally together with a positive approach for future make her life prolonged. Violet Brown comes on the sixth position in this category. The very first certified supercentenarian of Jamaica, she was reported to be born on March 4, March 10 and March 15, 1900 but as legitimately acknowledged by Gerontology Research Group, her DOB was March 10, 1900. Violet remains to dwell in the place named Duanvale of the same country. Antonia Gerena Rivera is a supercentenarian of United States of America and ranked on number 7 among the top 10 validated living people of the planet. A supercentenarian of Japan, Nabi Tajima lives in Kikai (as on November 12, 2013). Moreover, she is Kagoshima Prefecture’s oldest being since when she was 112 years old. Birth of Blanche Cobb took place in Georgia, USA and she got wed to Johnnie Cobb in the year 1920.  Currently, Blanche stays at Jacksonville, Florida and has the recognition of being the ninth oldest women in the world. Here comes Goldie Steinberg who has glorified her name for being the 10th oldest woman of the world. She is a vivacious and friendly individual living life to the fullest. Furthermore, she has been reported as the globe’s oldest living Jew as well as the sixth oldest alive person of the US in addition to being New York’s most aged living inhabitant.