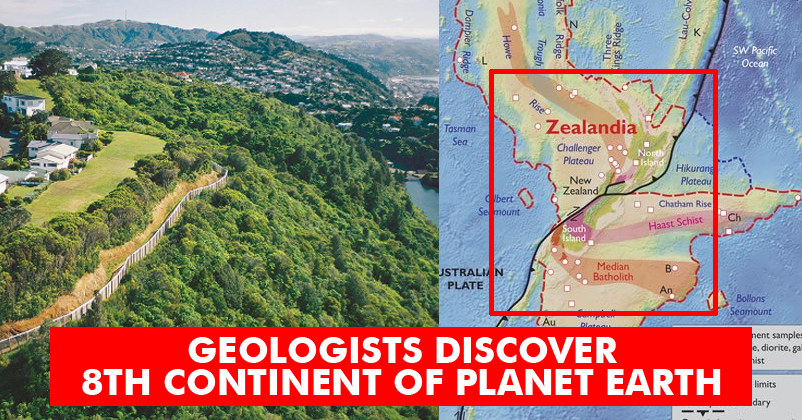 The scientists have said to discover a new continent and it has been named as Zealandia. It is the youngest and smallest continent of the world with an area of 4.9 million square kilometers. A team of 11 geologists has submitted a paper in which they have proposed that an area of the Pacific Ocean which is in the eastern direction of Australia and includes New Zealand and New Caledonia should be considered as a continent.

The geologists have also written that 94% of the land of Zealandia is under water, so it will also be the most submerged of all the continents. A lot has been written in the paper about many things including the title – “Zealandia: Earth’s Hidden Continent”. The geologists firmly believe that Zealandia has all the necessary characteristics needed for it being declared as a continent, such as its area is sufficiently more than a microcontinent; it has three types of rocks – igneous, sedimentary and metamorphic and it also has “high elevation relative to regions floored by oceanic crust”.

The geologists have written,

“The scientific value of classifying Zealandia as a continent is much more than just an extra name on a list. That a continent can be so submerged yet unfragmented makes it a useful and thought-provoking geodynamic end member in exploring the cohesion and breakup of continental crust.”

Isn’t it exciting that we have one more continent?

Policeman Snatched Away His Bike’s Keys For No Reason, What He Did Next Was Simply Amazing
Man Shared Pathetic Story Of His Ex-Classmate & Sadly, Many Women Can Relate To Her