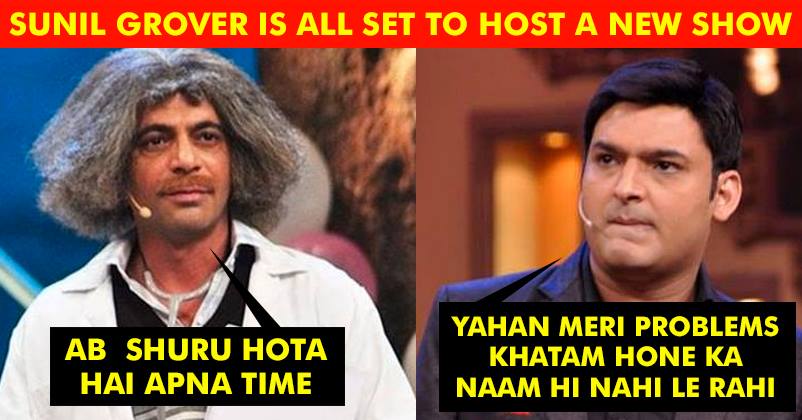 There were rumors that The Kapil Sharma Show will end and Salman Khan’s Dus Ka Dum will replace the show. The future of TKSS is still unassured but the people who left the show have sorted their way out and moved on positively.

As per the reports on DNA, Sunil has been approached to host the show Entertainment Ke Liye Kuch Bhi Karega.

It will be the sixth season of the show and the judges will be Anu Malik and Farah Khan. The earlier season had Krushna Abhishek and Mona Mirza as the host and this season Sunil has been approached to take over.

The show is expected to start in the month of June, post the ending of IPL (Indian Premier League).

As per reports on another leading website Bollywood Hungama, other team members Chandan Prabhakar and Ali Asgar are planning to join hands with Sunil for a 26 episode series that will be produced by Preeti Simoes who has also parted ways with Kapil’s production house.

For this development to happen, it will take some time as everyone is individually occupied with their own professional commitments.

Sunil Grover is currently doing the live shows, Ali is traveling and Chandan is shooting for his upcoming Punjabi film. The collaboration is possible once everyone is free from their commitments. Kapil is still shooting for the show. He has his next lined up which is directed by Rajiv Dhingra and titled as Firangi. His female lead is Ishita Dutta.

The fight has surely changed the entire algorithm of the show and the team. We wish things be best for each one of them.