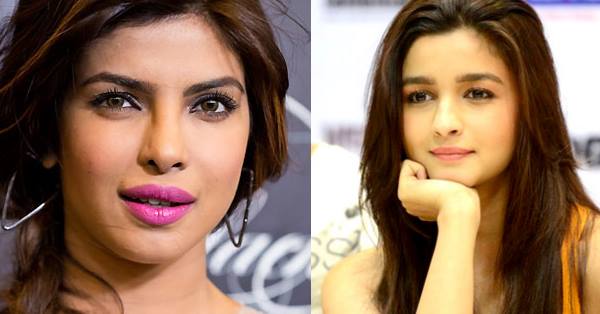 Alia Bhatt and Priyanka Chopra, the famous Bollywood actresses were seen bonding on Twitter and talking ‘girly’. Priyanka Chopra, who is already so hot, asked Alia for giving her some ‘bikini’ body tips. Image Source
This all started when Alia showered some love on PeeCee for her appearance in Oscars. Wish to see their Twitter conversation? Well, have a look!

Alia talks about her appearance in Oscars!

Thank u so much baby! And good luck with ur new film!! goaaaaaa @aliaa08 can't wait to c it https://t.co/Ve0iasUbC9

Priyanka you are a rockstar and I am proud of you!

Give me some bikini body tips

Obviously, we cannot deny that Alia’s Bikini look in ‘Shaandaar’ has stunned everyone. Priyanka’s appearance in Quantico too has mesmerized audiences in India as well as America. Alia would definitely be on Cloud 9 after this compliment by Priyanka.

These Portraits Of Acid Survivors In India Will Fill You With Courage Right Now
SRK Again In A Serious Legal Trouble! Read On To Know More!