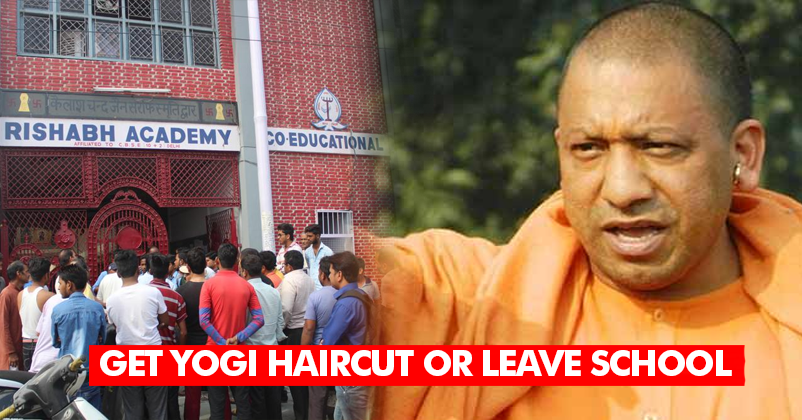 In a bizarre incident, Meerut’s Rishabh Academy School has forced students to get a “Yogi-style” haircut done, or face the consequences.

According to reports, parents have complained that the CBSE School won’t be allowing their children to attend classes if they don’t get that haircut done. On Thursday, several parents protested outside the school when students weren’t allowed to enter the premises, because of their improper haircuts. However, the school has rubbished these allegations. Not only this; students have said that even non-veg food has been banned inside the school.

Currently, the matter is being investigated by the police; on the other hand, the manager of the school has denied these statements and said,

“I asked the students to get Yogi-like haircuts, when they were unable to understand what we wanted. We basically want very short haircuts, of the kind the Army gives. Also, the students have been told strictly to not keep beards as this is not a madrassa or a place where they come to offer namaz.” Talking about non-veg food, the management said that this rule has always been there since the school is run by Jain trust; the manager further said, “It is unfortunate that a communal colour is being given to a trivial issue.”

Man Tweets A Fake “Hijack Alert” To Modi As Flight Was Delayed! Here’s How Twitter Reacted
Study Reveals India’s Most Corrupt & Least Corrupt States! Check Out Where Your State Stands