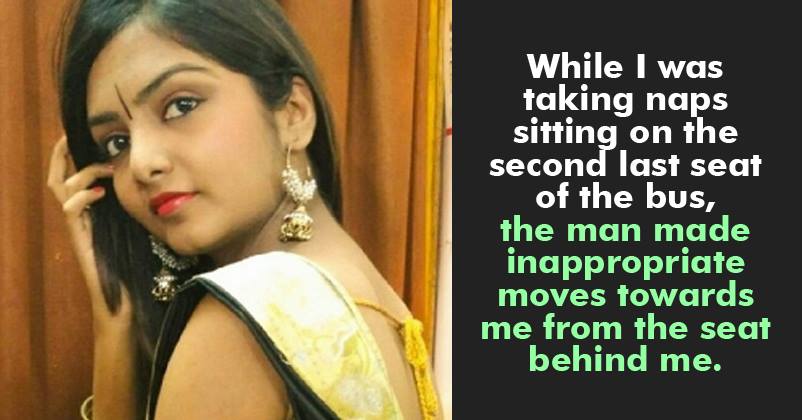 A lot of discussion is done on the matters of Women Rights/ Liberation/Equality and Safety too, but the big question is that, are women really safe in India? We are not talking just about the metro cities but also the tier II cities and villages. A lot of schemes are announced for making women safe but what we Indians need the most is the change in the mindset of Indian men.

India has been a male-dominated society and this dominance has resulted in making men believe that they are independent to behave the way they want with the ladies and females are just objects for giving them pleasure.

The problem also lies with the people who ignore those males who tease ladies in public places and if a lady raises her voice, she is asked to let the matter go and forget it. A law student from Lucknow, Samya Gupta, was physically harassed by a man in a bus while she was returning home. When she scolded him, he apologized and her co-passengers asked her to accept the apology and let it go as he was the father of two children. But she was in no mood to let it go as she didn’t want to give a chance to an eve-teaser to become a rapist. She posted about the incident on the social media.

“I was sexually harassed today. Yes, harassed by man around 40 years old, while I was travelling back home in a Bus, filled with 30-35 people. While I was taking naps sitting on the second last seat of the bus, the man made inappropriate moves towards me from the seat behind me.

The moment I realized, I stood up from my seat, yelled and asked for his ID Proof, to which he obviously refused. I secured support from my co-passengers. He apologized. My co-passengers asked me to accept it, and let it go.

But I decided otherwise. I decided to not let it go. I decided to not let an audacious eve-teaser to go free merely by apologizing. And why to let it go? To allow him to make ‘apology’, a weapon, to get away? Because Eve-teasing is not that big an offence? To wait for him to convert into a rapist? Like really? EVEN A MINOR INAPPROPRIATE CONDUCT TOWARDS A WOMAN WITHOUT HER CONSENT, IS ACTIONABLE.

I asked the bus driver to stop the bus on the next closest Police Station. I gained support of a couple of my Co-passengers, and I am really grateful to them.

I went to the Police Station. I gave a written complaint. The procedures I was made to abide by in the Police Station, were too not co-operative. Also, being a law student, I realized everything written in the Criminal Procedure Code is purely fictional. The accused was handed over to the Police. The FIR was lodged.

BUT. But the happenings did not really come to end. After a few distances were covered by the bus, the bus was occluded by some of accused’s acquaintances. They tried intimidating me, threatening me. Pointing on my character, they even professed that the accused is a father of two children and is therefore innocent. And even went on alleging I must be goofing around with various guys every now and then, therefore my allegations have no sense of veracity. And only because he happens to be a father of two children he shall be presumed innocent. APPLAUSE!

But, no matter what, I am and I always will be glad that I did not let it go. And every time anything of such sort happens, I will ALWAYS fight for it. Because eve-teasing is not a small offence.

P.S: DON’T WAIT FOR AN EVE-TEASER TO CONVERT INTO AN RAPIST. TAKE ACTIONS EVEN FOR THE SLIGHTIEST INAPPROPRIATE CONDUCT DONE TOWARDS YOU.

Samya Gupta definitely deserves our appreciation but a big step is needed to change the mindset of people. What can be done to make India safe for women according to you? Share your viewpoint in the comments section below.

Hrithik Roshan Asked Twinkle To Write A Movie For Him; Her Reply Was Witty Best!!
Abu Azmi Made A Ridiculous Statement On Mass Molestation! Got Slammed By Celebs!