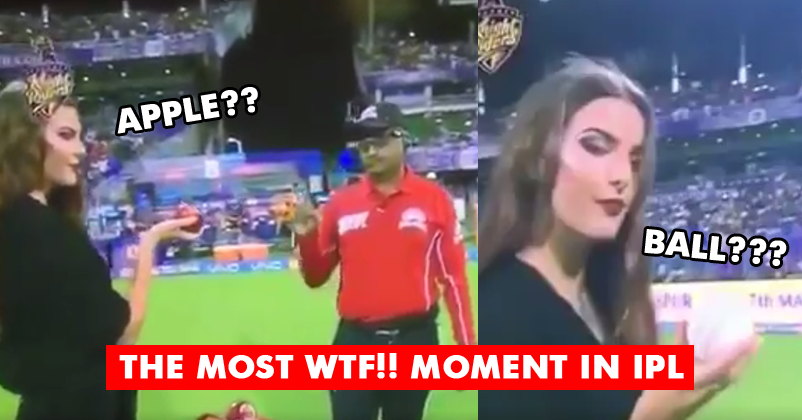 IPL 10 has been one of the most celebrated events of the year. We have seen grand opening ceremonies, performances by big celebs and of course, some weird moments too. Without all this, cricket would have been boring, right?

We have even seen how players troll each other after a particular match and how they crack jokes on the micro blogging site. The bonding they share is lovely.

Yesterday, fans went WTF after they saw an embarrassing thing happening on the field before the match between Rising Pune Supergiants and Kolkata Knight Rides at Eden Gardens. Umpires were in for a surprise when a hot lady greeted them and gave them apples instead of giving them the ball; how awkward it must have been.

The charming lady tried her best but umpires didn’t give in. They said a no to those apples and were firm on getting the ball.

Twitter users cracked up after watching such embarrassing moments; here’s how they reacted…

oranges would have been a better option.😁

And we blame umpires for poor decisions ,With such distractions around 😂😂😂

That is the stupidest thing i have ever seen hahahahah ☝️

How did you find this crazy moment? Share your views in our comments section below.