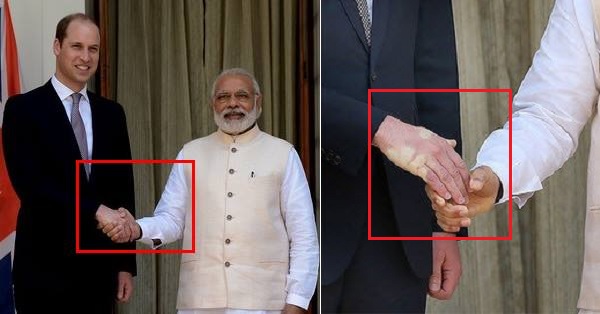 In case you aren’t aware, Kate Middleton and Prince William were on a tour to India last week. On the 12th of April, the Prince met PM Modi and posed for a handshake. You might think that this was just a general handshake like others, but you are wrong, as William’s hands have a different story.

While William tried his best to grin and bear the pain, Catherine stood quite blissfully as she was not aware what pain her husband was going through. In the past too, there were many people who were a victim of Modi’s handshake! Do you want to have a look?

Taher Shah Reacted On Twinkle’s Calling Him Purple Bomb & No Indian Can Miss To Watch It
“Show Will Suffer Because I Can’t Be Replaced,” Angoori Furious On ‘Bhabhi Ji’ Producer Over Ban