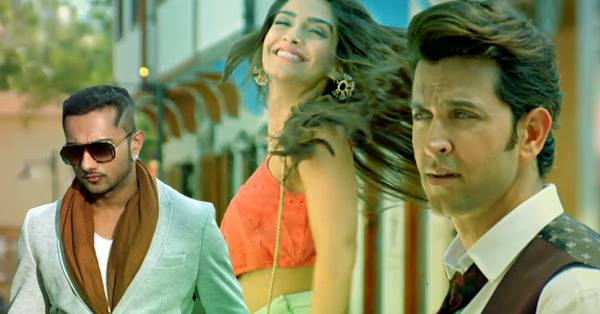 The new song of Honey Singh “Dheere Dheere” is a Punjabi song in which he has added Dheere Dheere song from the old classic movie Aashiqui. Some may like the song as it revisits Dheere Dheere in a new style while those who like the old songs in old manner only, may not like the taste.

The video stars Hrithik Roshan and Sonam Kapoor, Hrithik seems to be playing the character of a serious business tycoon who fell in love with a chirpy, bubbly and beautiful girl who is a party planner, the character played by Sonam Kapoor.

Hrithik loved not only Sonam but her attitude as well, Sonam feels that her bicycle is far better than the luxury cars and Hrithik just goes mad over her cuteness. He organizes a party in his house and gave the work of arranging it to Sonam as she is a party planner.

How does Hrithik make Sonam reciprocate his love? To know this, you need to watch the video.

How did you find it? Share your views about this new song of Yo Yo Honey Singh in the comments section below.

You’ll Die Laughing After Watching ‘That Man Begins’ – Superhero With Middle Class Powers.
This Epic Spoof of Chak De India On The Recent Delhi Eve Teasing Issue Will Give You Good Laugh!!