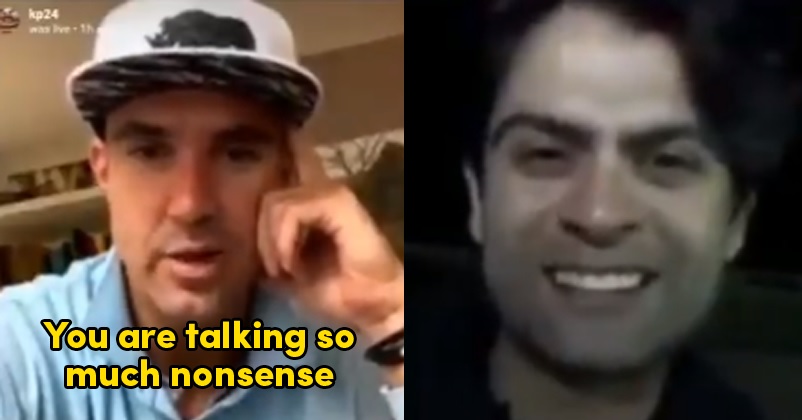 The cricketers all around the globe are sitting at home due to the coronavirus outbreak and Kevin Pietersen, the South Africa born England cricketer, is using this time in taking live interviews on Instagram. Recently, he interviewed Pakistani cricketer Ahmad Shehzad and left no chance of trolling the Pak player.

The right-handed Pakistani batsman who plays for Quetta Gladiators in Pakistan Super League 2020 is going through a tough phase as he played seven games but scored only 61 runs. KP asked Ahmad Shehzad as to why he is not scoring runs and in reply, Ahmad said that he has been trying but luck is not on his side.

Kevin didn’t like the answer and asked Ahmad not to tell him this rubbish as he is not a journalist but a friend. Then Ahmad said that he didn’t complain but he was not comfortable playing at number 3. In response, Kevin told him that he is not able to score at 1, 2,3, 4 or 5, he should bat at number 13 for Quetta Gladiators.

Banter – KP to Ahmed Shehzad "Don't talk to me like we are in a f****** press conference" #Cricket (via KP instagram) pic.twitter.com/22kzsW32cw

Later on, Kevin also talked about the time when he used to share dressing room with Ahmad and said that he is talking nonsense which is going in from one ear and going out from the other, just like he used to do in dressing room.

KP to Ahmed Shehzad "You are talking so much nonsense that it actually goes in one ear and out the other ear" #Cricket pic.twitter.com/wzYqJEqga4

This banter will definitely bring smile on your face and it is certainly helpful considering the fact the coronavirus outbreak has left us pretty scared.