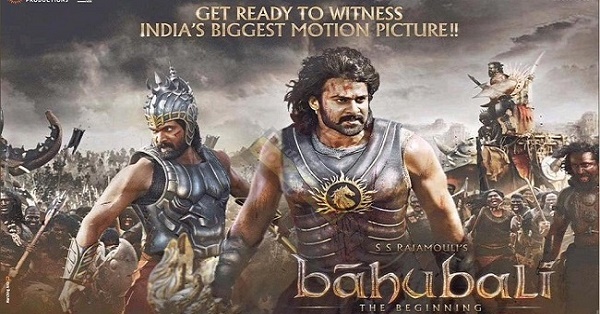 Baahubali, the movie directed by S.S Rajamouli has released today on 10th July 2015 and it has got a great opening. Baahubali means person with strong arms, this is a two part epic movie which is made simultaneously in Tamil and Telugu and it will be dubbed in Hindi and Malyalam. The star cast includes Prabhas, Rana, Tamannaah and Anushka Shetty in the lead roles. The Hindi version of the movie will be presented by Producer, Director and now Actor also, Karan Johar.

As per the Director Rajamouli, the budget for both the parts will be over Rs. 250 crores ($40 million) surpassing the budget of Rajnikanth starrer Enthiran (Robot) which was $23 million.

Rajamouli says that it is a simple story of revenge of a son in two parts, where his father is cheated and killed, while mother is tied in chains without committing anything wrong and the son is being brought up by different community unknown to his real roots.

Since the movie has been the talk of the town, it’s quite natural for the public to wait eagerly for its review and here it is: Did you watch the movie so far? If not, hurry up and go before you don’t get a ticket because watching a movie on its release day is something different and exotic feel. Check out why people are praising it so much. Also share your views about this article in the comments section below.