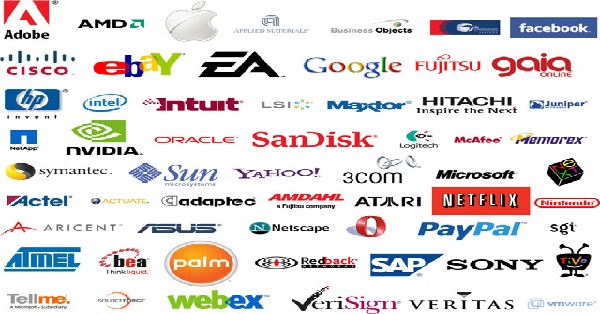 Technology brands are all people can talk about these days. Its not a surprise that the list is topped by known and obvious companies like Apple and Google which are leading technology companies from past several years. We explored the research with the recently released list of some top brands which are tops the list of biggest tech companies in the world.

Here are Top 15 Biggest Tech Companies In The World The world’s largest personal computer maker Microsoft comes at no. 3 spot valued at $67.67 billion with total revenue generated in 2015 at $22.2 billion. The first company to build a computer, IBM is the world’s 4th largest tech company valued at $65 billion. With several hiccups during the year 2015, IBM managed to get $20.8 billion as revenue in 2015. The Korean giant who have established itself in every field of work is valued at $45.297 billion in 2015. The e-commerce giant of the world Amazon is placed at no. 6 with failures in different departments last year. Its brand value was estimated at $37.948 billion in 2015. The leading processor maker for personal computers, Intel’s brand value in 2015 is $35.415 billion. The company that leads in designing and manufacturing top of the class network equipment is branded at $29.854 billion in 2015. Oracle which bought Sun Microsystems, the creator of Java in 2008 is no. 9 in the list of biggest tech brands in the world. Its estimated brand value in 2015 is $27.283 billion. The Information Technology giant headquartered in America’s Silicon Valley, California. HP’s brand value is $23.056 billion. With its profit sinking 13% to the prior year, its Net Revenue for the year 2015 was $25.3 billion. The social networking giant Facebook is one of the fastest growing tech companies in the world. Doesn’t matter if Facebook’s IPO was not successful, still its brand value is more than many leading companies i.e. $22.029 billion in 2015. Facebook’s net revenue in 2015 was around $2 billion. You might not have heard about it before. SAP is a European software giant headquartered in Germany. Its brand value in 2015 is $18.768 billion which is estimated to increase by many folds next year. An american e-commerce which is flourished in many developed countries is on 13 spot. Its valued at $13.940 billion. One of the largest imaging and optical products manufacturer. This Japan based company has surprised many researchers by making it in the list. Its brand value is $11.278 billion.

The Ireland based technology company has many businesses and its one of the leading outsourcing company in India. Its brand value is $10.8 billion. Its sad to see not even one tech company from India came in the list.

Do you agree with the researchers list. Do let us know in the comments section below

Continue Reading
You may also like...
Related Topics:Apple, biggest technology companies, Facebook, Google, ibm, Microsoft, oracle, Samsung, software companies, tech, Technology, You Will Be Amazed To See Who Is In The List Of 15 Biggest Tech Companies In The World