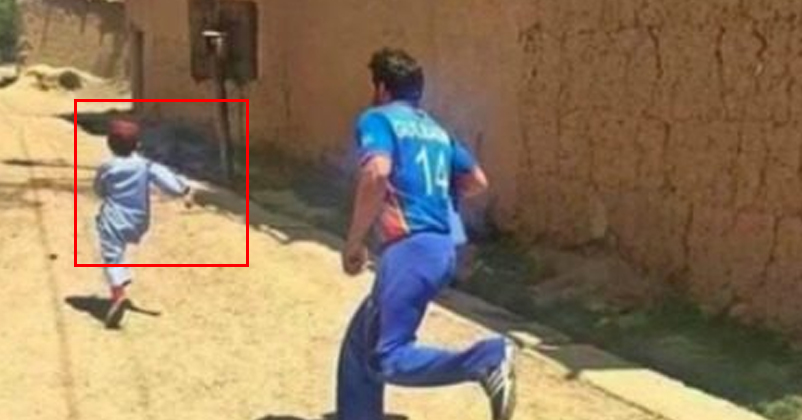 You might have heard about fans chasing cricketers just to get a glimpse of their presence. But now in this specific circumstance, it’s the other way around. The way cricketers behave on or off the field largely influence the character and mindset of their fans.

Recently a picture of Afghanistan Cricket Players went viral on social media where they were seen chasing a small kid in a street.

You may be wondering about what is really happening. Why are they chasing after a small innocent child ! Calm Down ! !

Okay, so just breaking all the stereotypes that you hold up against any middle east countries, this story is not like one of them.

It’s an initiative taken by Afghanistan Cricket Players to ensure that each and every kid in their country gets vaccinated against the deadly disease of Polio which is still prevalent in Afghanistan unlike in India. It’s a great sight to see where a country like Afghanistan which is already having so much of disturbance within itself is really fighting off against such a deadly disease.

Polio is an infectious disease caused by polio-virus which leaves a person with weak muscles thus causing the inability to move.

Some Key Facts About Polio

Continue Reading
You may also like...
Related Topics:afghanistan, cricket, players polio, vaccination, You Will Be Stunned To Know What These Afghanistan Players Did To This Kid After Chasing Him

Twitter Broke Down Over Lionel Messi’s Retirement From Argentina National Team
Have A Look At Undertaker’s Transformation Since His Debut !