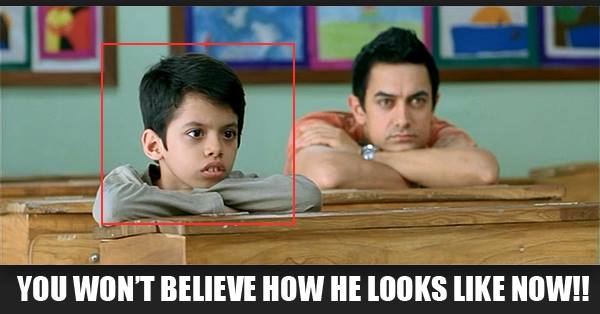 It just seems like yesterday when Taare Zameen Par gave teary eyes to the audience, and the powerful performance by child named Darsheel Safary made everyone applause him. But in reality the time has flown and its been 9 years the film was released. Since then we haven’t seen Darsheel Safary in any lead role. But the wait is about to get over as he is about to make his small-screen debut with show “Sun Yaar Try Maar“. The serial will telecast on Bindass channel where he will play a role of 19 year old teenager “Abhay” who will go any extent to impress his girl. Darsheel while talking to media says, “I haven’t played such a character before. Ishaan was a kid, while Abhay is a teenager. So, his innocence and mischief is still intact. It wasn’t difficult to portray the role as I could connect with it. Abhay is street-smart and tries every trick in the book to woo his lady-love Chandni.” The 19 year old Darsheel when asked about, what he can do to impress a girl says, “I can make a girl feel special in the best way possible but can’t be as crazy as ‘Abhay’.”

Are you excited to see Taare Zameen Par actor Darsheel Safary in a new Avatar. Share your thoughts in the comments section below.

Continue Reading
You may also like...
Related Topics:You Won't Believe How 'Taare Zameen Par' Actor Looks Now And What He Is Up To !!!

12 Pics Of Malaika Arora Khan That Will Make You Join A Gym
You Should Never Use Q-Tips To Clean Your Ears, Here Is WHY!