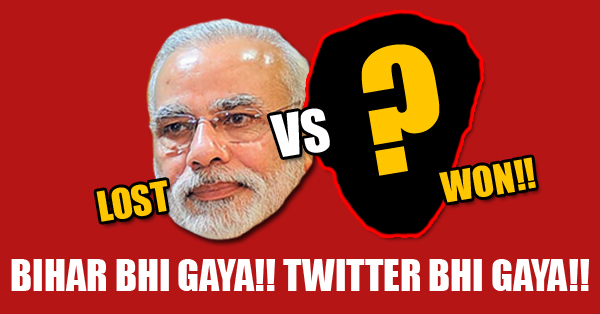 Shah Rukh Khan who has just celebrated his 50th birthday has made this achievement by leaving behind the Indian Prime Minister Narendra Modi who has 15.8 million followers on twitter.

The number of Shah Rukh’s followers is increasing regularly since he has joined twitter on January 3, 2010 as he is one of the most active users of this social media platform. He regularly shares his and his family’s photos, updates about his movies, his memories, sometimes he also post poetry and quotes of philosophical nature. He also uses twitter to get in touch with his fans by having interactive chat session with them.

He also shared his celebration photos of his 50th birthday and twitter was also flooded with birthday wishes for King Khan. His fans also use twitter as a medium to support him whenever he gets involved in any controversy.

We will see Shah Rukh in the upcoming Rohit Shetty directed “Dilwale” which also stars Kajol, Varun Dhawan and Kriti Sanon. Dilwale is slated to release on December 18 this year.

Here’s The Actual Reason Why You Can’t Block Mark Zuckerberg On Facebook..!!
10 Reasons Why Apple Is Still The King Of Smart Phone Market.