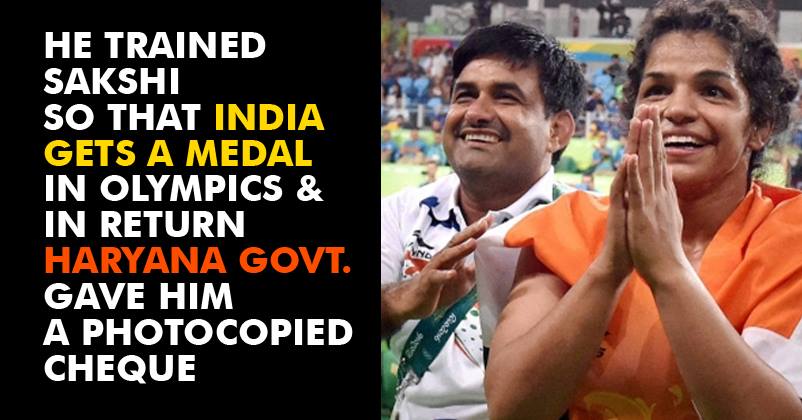 Sakshi Malik who has won a bronze medal at Rio Olympics unquestionably deserves reward as well as accolades since she has made India proud but doesn’t his coach deserve some reward too? There is no denying the fact that Kuldeep Malik, coach of Sakshi, played a very important role in her success but sadly enough, his contribution and efforts seem to have been overlooked by Haryana govt. as the man ended up with a raw deal. Yes, you read it right! During the felicitation ceremony in Bahadurgarh, Kuldeep was given the photocopy of a cheque worth Rs. 10 lacs. It’s been over a month and shockingly, the coach of India women freestyle wrestling didn’t receive his amount. He tried a lot for contacting Haryana govt. as well as Railway Sports Promotion Board but all in vain! On 29th August when Khel Ratna was given to Sakshi, Suresh Prabhu made a “promise of promotion” to Kuldeep, a chief ticket inspector of Northern Railway, but that too is not fulfilled yet. It won’t be wrong to say that such activities on the part of government discourage people who put in their best to make the nation proud and end up feeling cheated.

What is your opinion in this connection? What should Kuldeep do next to get what he deserves? Share your views in the comments section below.