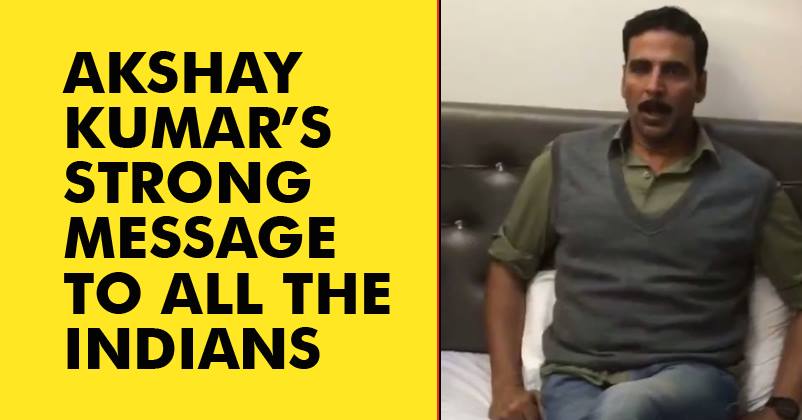 Surgical strikes have made Indians super-happy, as finally, the much-needed revenge is taken from the enemy. While everyone is rejoicing this moment, there have been several controversial elements too. Yes, this attack has given politicians, celebrities and others a chance to create unnecessary controversies. Following the Uri attacks, the Pakistani actors were banned and this gave rise to a heated debate. While some people completely supported this decision of MNS, there were actors like Salman Khan, Mahesh Bhatt, and Karan Johar, who were against it.

Then came the controversy of Arvind Kejriwal, who indirectly doubted these attacks. Yes, he appreciated the PM but at the same time asked him to submit ‘Proof’ to Pakistan, that claimed these surgical strikes were nothing but a delusion. Now, since Kejriwal always blames Modiji for some or the other reason, this was a perfect opportunity to take a dig at him once again. Akshay Kumar is highly disappointed with these controversies. He has a strong message for Indians and you are definitely going to respect him more after watching the video. Here’s the video…

We definitely agree to Akshay Kumar’s point of view on this! Indeed, this is a meaningful message and every Indian must follow this.