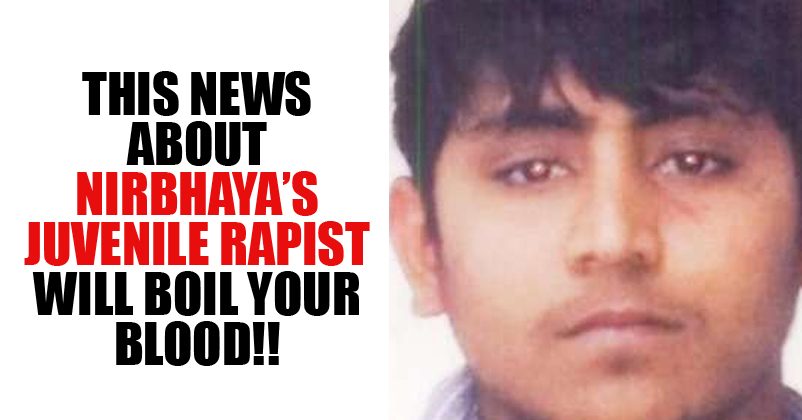 You might have read our previous articles on old actors and celebrities about what they are upto after so many years. Some of you were happy about their latest progress in their lives and some of you were sad about their short stardom time. But today what I am about to tell you people is ‘What Nirbhaya’s Juvenile Rapist is upto After 4 Years.’

Remember the morning of 17th December 2012. Cold, foggy day ! Grabbing your regular morning coffee and newspaper. But the headline on that particular day shocked the whole nation at once. The night of 16th December 2012 was the last night for India’s Daughter – NIRBHAYA. A girl returning home after watching a movie with her friend at 8 P.M was brutally attacked and raped in a moving bus running on the busy roads of Delhi.

The culprits were later caught after few days and the trail began. One of them committed a controversial suicide which is still today questionable. Three of them were sentenced to death and the last one turned out to be a juvenile who was later sentenced for three years of imprisonment in a reform facility. On 21st December 2015, the juvenile rapists was released with a sewing machine and Rs 20,000. It has been almost 4 Years and now the juvenile is roaming freely. Now to add more to our miseries and unintentionally mocking the decision making authority of India, let me put this forward to you about the whereabouts of the juvenile rapist.

The Intelligence Bureau (IB) in it’s report has shown concerns about the Juvenile Rapist having links with an Kashmiri Inmate who was responsible for the 2011 Delhi High Court’s Bombing while he was at Juvenile’s Home.
Both of them shared the same room for over a year, and it is suspected that the Kashmiri Inmate indoctrinated him and brainwashed him to take up the cause of Kashmiris which in turn made the Juvenile having links with the Jihadis.

Now is that the price that we should pay for letting a criminal go with a sewing machine and a sum of RS. 20,000 ?

Write down your views about it in the comment section below.

Continue Reading
You may also like...
Related Topics:Delhi, gang rape, India's Daughter, juvenile, Nirbhaya, rape 2012, Your Blood Will Boil After Knowing What Nirbhaya's Juvenile Rapist Is Upto After 4 Years.

67 Out Of 100 Toppers Have Chosen This IIT! Check Out
“IG Police Calls Me In His Bungalow At Night & Says ‘You Have A Good Figure’”