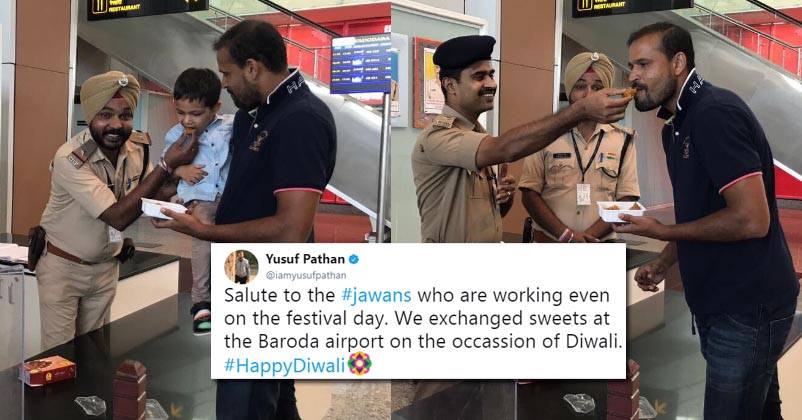 Diwali is a festival of lights and joy; it spreads a lot of happiness and showers prosperity on each and everyone. It’s always good to do something good on this auspicious occasion.

Well, Yusuf Pathan has done something which will make you very proud. Often, we forget how our Jawans are always ready to protect us, thereby sacrificing all their happy moments on such occasions. However, Yusuf Pathan has not forgotten to bring a smile on their faces.

The cricketer was seen distributing sweets to our Jawans at Baroda airport on Wednesday. He shared the pictures on Twitter and everyone loved it. of course, our brave jawans deserved this happiness! Here are the pictures…

Salute to the #jawans who are working even on the festival day. We exchanged sweets at the Baroda airport on the occassion of Diwali. #HappyDiwali pic.twitter.com/mtkdsEfNpA

The tweet read, “Salute to the #jawans who are working even on the festival day. We exchanged sweets at the Baroda airport on the occassion of Diwali. #HappyDiwali”

Here are the pics if you can’t load the tweet… 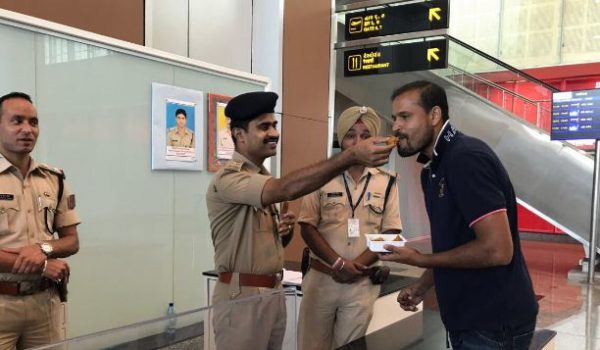 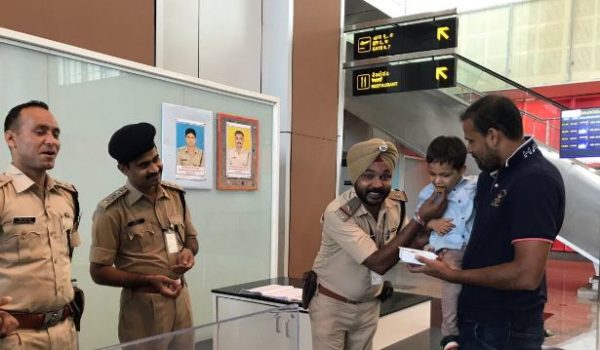 People lauded him for this sweet gesture. They were very happy to see him celebrate this way. It’s rightly said, “In India, humanity is above all religions”. Check out some Twitter reactions;

Kudos 👏 👏 to Yusuf Bhai for taking special care about #jawans !!

RVCJ appreciates Yusuf for spreading smiles in such a sweet way! Keep it up sir, you rock!

Continue Reading
You may also like...
Related Topics:Yusuf Pathan