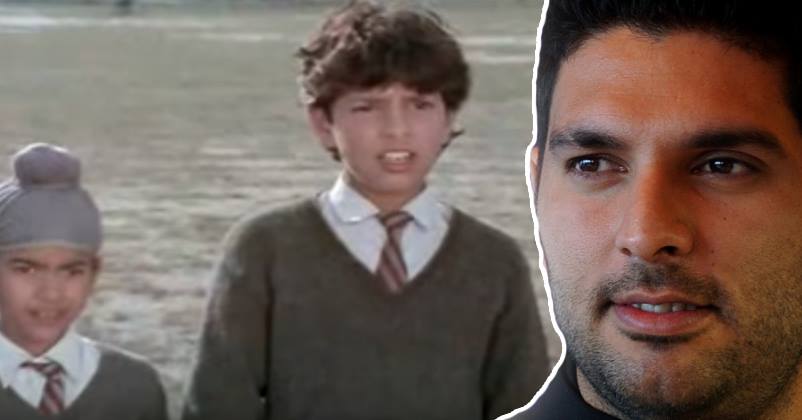 Yuvraj Singh has gained immense popularity in the world of cricket. His hard work, skills and dedication have led to his name being counted among the top cricketers of the world.

However, there are many facts about the cricketer that not many people are aware of. For instance, do you know that when Yuvraj was 11 years old, he was a skating champion and had won a gold medal for the same? One more fact which is going to surprise you is that Yuvraj has also worked as a child actor; yes, you heard it right! His father Yograj Singh, who was also a cricketer, boosted him to try the acting field.

In a chat show on TV, Yuvraj revealed that his father wouldn’t like him being engaged in sports all the time and hence encouraged him to do some acting. Academically, Yuvraj’s performance wasn’t good. If you don’t believe us that the cricketer has been a child actor, watch this video yourself. This video is of a Punjabi movie named ‘Mehndi Shagna Di’, wherein Yuvraj is seen participating in a running race and winning it. Here’s the video;

Isn’t it amazing? But are you wondering why didn’t he continue with acting and joined cricket? This is because his father realized that he is not that good with acting as he is with sports. Hence, Yuvraj was told to skip skating and acting both and concentrate only on cricket.