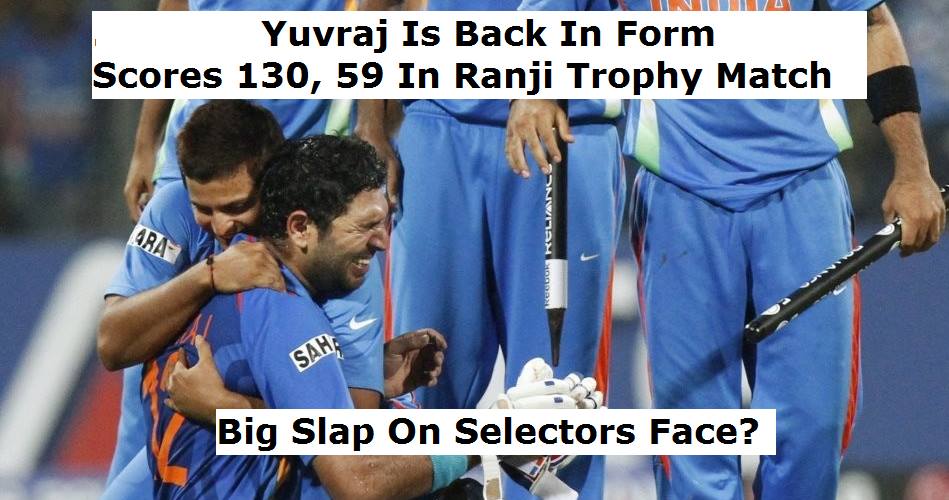 A tight slap on the selectors of the 30-men team for world cup. Yeah, that’s how I can describe it. They kept the “Man Of The Tournament”, Yuvraj Singh out of the selected squad for the upcoming world cup in 2015. He didn’t react then. He didn’t say any harsh things about the selectors. But I’m sure he was very sad inside and was just waiting for a moment to show how much mistake the selectors made by keeping him out of the squad. Now, we ask you guys that the decision of keeping him out of the world-cup squad was right or wrong? Did he need anything else to prove that he is in form? Did the selectors make a big mistake?