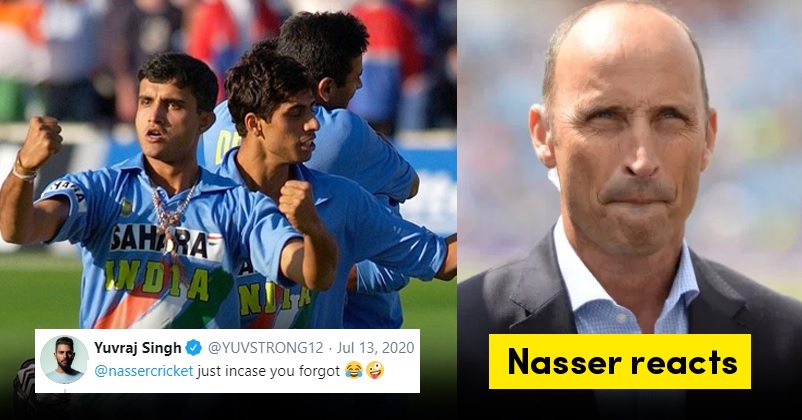 Sourav Ganguly will always be remembered as one of the best skippers of the Indian team as he not only revolutionized the Indian cricket but also recognized and nurtured the young talents, such as Yuvraj Singh, Mohammad Kaif, Zaheer Khan, Virender Sehwag, etc.

Sourav Ganguly led India in many exiting One Day Internationals but the 2002 Natwest Trophy Final (13 July 2002) will always stand apart from others. In this match, the Indian team defeated England in a nail-biting finish at the Lord’s, London, and the manner in which Dada waved his jersey from the Lord’s balcony was a glimpse of new India’s courage and determination which is not going to give up even if there are lots of difficulties in the path. 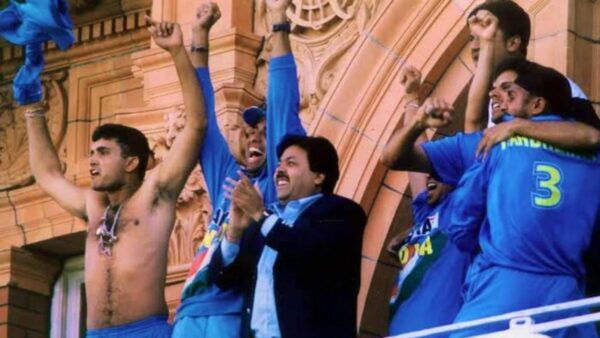 England won the toss and batting first posted a huge total of 325/5 on the board with the help of centuries scored by ME Trescothick and skipper Nasser Hussain. India started well with Virender Sehwag (45) and Sourav Ganguly (60) giving a 100-run partnership but then India lost 5 wickets in quick succession.

The whole responsibility of guiding India to victory came upon the shoulders of two youngsters, Yuvraj Singh (69) and Mohammad Kaif (87 not out). These two showed a great amount of resilience and took India near to the victory until Yuvraj departed and their 121 run partnership came to an end. However, Kaif was in no mood to leave the field until India achieved victory which India did with three balls remaining. Mohammad Kaif was adjudged with the Man of the Match award for his match-winning performance and the whole India got soaked into celebrations. 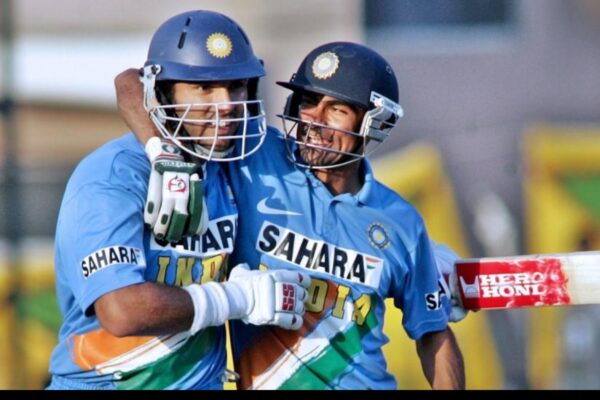 This victory was quite important for the Indian squad as prior to that, India had lost nine finals consecutively. Yuvraj Singh, the former Indian cricketer who played an important role in India’s win took to Twitter to share some old photos with an emotional write-up and he also tagged Nasser Hussain in the post. 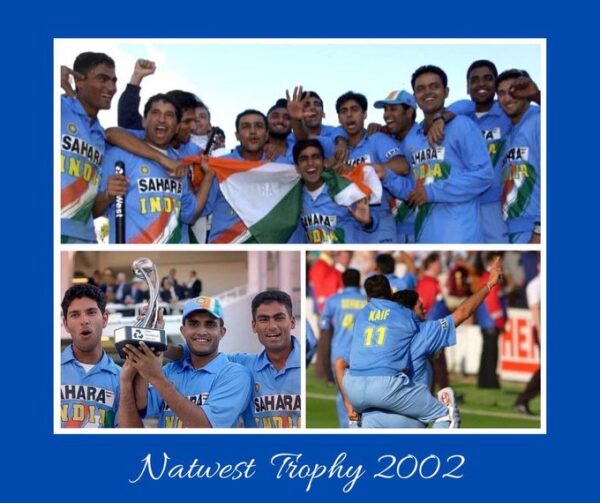 Yuvraj tweeted, “#Throwback to Natwest 2002 Final. Jaan laga di thi sab ne mil ke! (We all gave our heart and soul for it) We were young and we wanted to win. It was a wonderful team effort that helped us beat England and clinch the trophy in this nail-biting game. @nassercricket just in case you forgot”.

#Throwback to Natwest 2002 Final. Jaan laga di thi sab ne mil ke! We were young and we wanted to win. It was a wonderful team effort that helped us beat England and clinch the trophy in this nail-biting game 💪🏻💪🏻 @nassercricket just incase you forgot 😂🤪 pic.twitter.com/7LXBVWSHzp

Nasser Hussain also responded to Yuvraj by writing, “Some lovely photos mate .. thanks for sharing”.

Some lovely photos mate .. thanks for sharing 😉

Kaif also posted a photo in which he is seen with Yuvi and Dada and Dada is holding the trophy, here is the tweet: