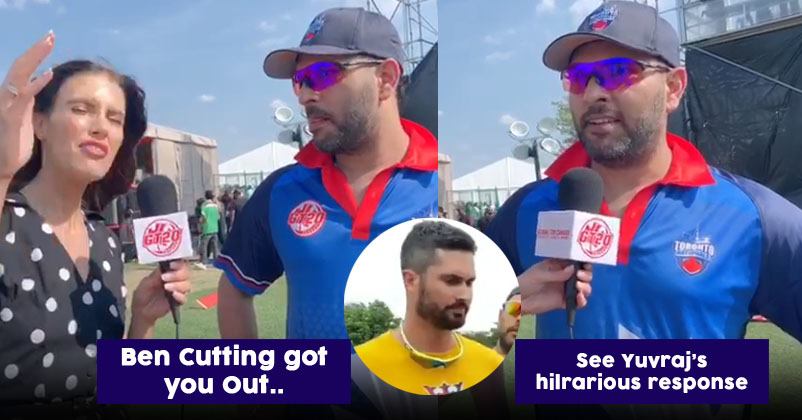 Former Indian cricketer Yuvraj Singh is currently playing in the ongoing Global T20 Canada. And Yuvraj as ever is in his fun mood joking and trolling around with his fellow players. Recently during Ben Cutting’s interview by his fiancée and presenter Erin Holland, Yuvraj crashed in and asked them about their wedding date. 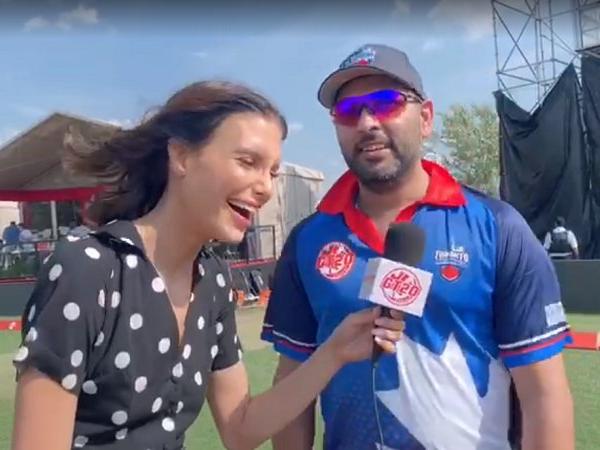 Now he again trolled the player along with his soon to be wife. After Singh’s team, Toronto Nationals and Edmonton Royals clash in Ontario the player was interviewed by Erin and ended up trolling Ben together. Ben dismissed Yuvraj after his short-lived inning of 35 off 21 balls.

Post-match Holland asked Yuvraj, “Someone really annoying called Ben Cutting got you out.” To which he replied “Yeah, who is that guy do you know him?.” Erin laughingly said, “No idea.”

Yuvraj and Ben played together in the Mumbai Indians franchise of the Indian Premier League (IPL) and they share a good bond together.