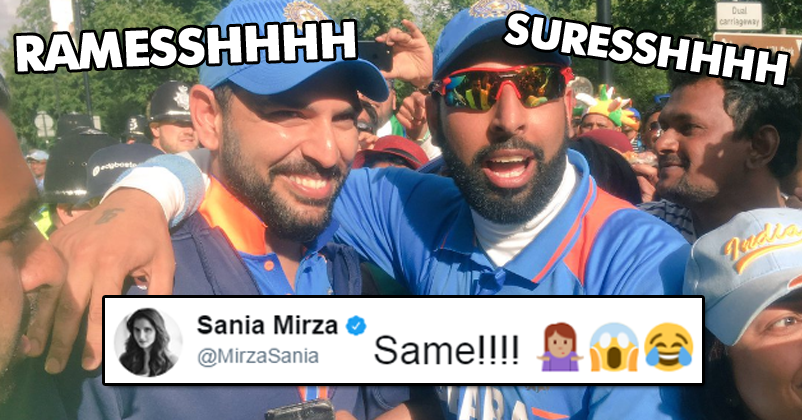 India Vs Bangladesh’s last match was among the most exciting matches for Indian cricket fans. While it was a very important match for India, it was also special for Yuvraj Singh, for whom it was the 300th ODI match.

Though Yuvraj Singh couldn’t get the chance to bat, it was an excellent day as the target was chased down easily by Rohit Sharma, Shikhar Dhawan and Virat Kohli. For Yuvraj, the day turned out to be extra special as he met his lookalike after the team won the match. The lookalike was sporting an identical beard, the Indian jersey and reflectors. Yuvraj was pleasantly surprised to see his lookalike fan and hence got clicked with him.

BCCI shared the picture on their official Twitter handle.

This is how Yuvraj Singh replied to the tweet –

Even Sania Mirza couldn’t stop herself from talking about the picture. She quoted BCCI’s tweet and wrote-

Well, we’ve seen many lookalikes of celebrities earlier, but it’s very rare to see a celebrity or sports star honoring them like this. This gesture by Yuvraj was quite heartwarming and something which makes his fans even more proud.