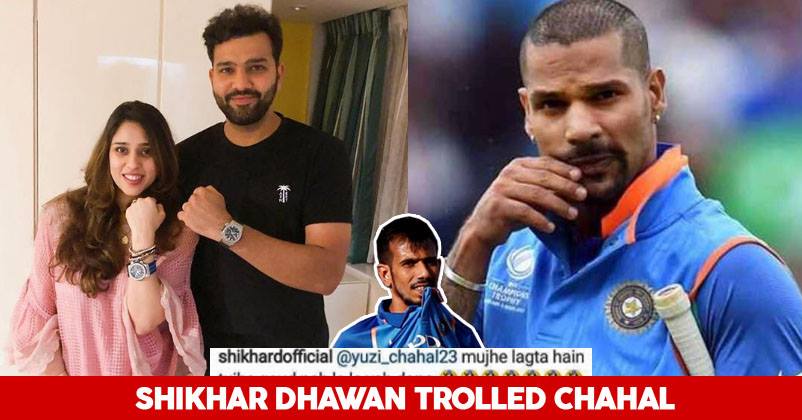 After India had relatively successful overseas matches,the players are back from their heavy schedules of playing back to back games. They had a good run in the ODI series against both Australia and New Zealand.

The team, lead by Virat Kohli won their first ever test as well as ODI series win in Australia.After that the team is in their hometown with their respective families and is having quite a happy time ahead of The World Cup of 2019 in England. 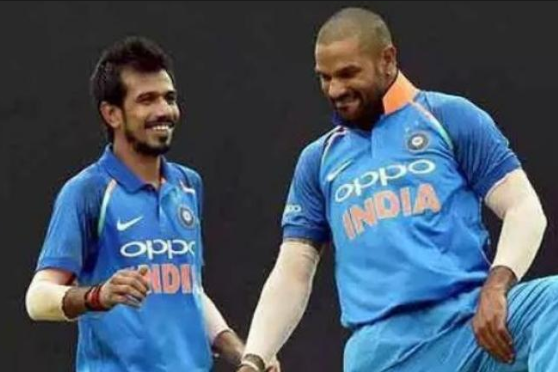 Though they will be back soon playing matches against Australia in the limited over series, now they are just finding ways to spend some days unwinding the heavy game season.

Recently Indian cricket player Rohit Sharma posted a picture on his official Instagram account with his wife Ritika Sajdeh. They were wearing each other’s watches and Sharma captioned it quite wittily though. Here it is.

Find a wife you can swap watches with 😍@hublot

To this post Yuzvendra Chahal had the most hilarious comment, rather which can be interpreted as demand. Check what he said.

Shikhar Dhawan could not control what he really feels and gave the most funny comment. He trolled Chahal like never before.

To this followed an epic banter. This is hilarious, you just cannot miss this.

Netizens not only enjoyed this funny thread of comments but agreed with Dhawan as well.

So, what do you think about Dhawan’s advice?