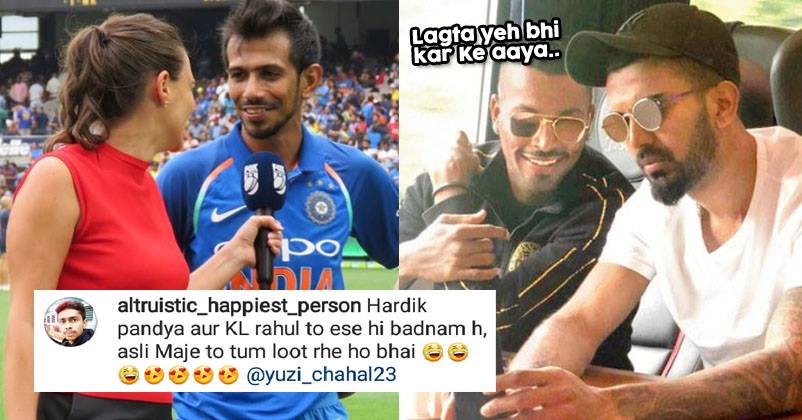 Now there is not doubt about the fact that Yuzvendra Chahal has proved his mettle in the ODI series in Australia. He has now given fans another reason to cheer him.

Recently, Yuzi posted a picture on Instagram, where he is seen smiling and talking to a beautiful female anchor, who we assume is Australian. She has been tagged in the photo, and her name is Neroli Meadows.

Yuzvendra deleted the picture on Instagram, after people begand teasing and trolling him, but it was too late. We have screenshots of some of the comments, and the picture even went viral on Twitter.

Now this immediately triggered a number of fans. While some of them are comparing him to Hardik Pandya, some are cheering him on.

Check out the comments he received:

This is hilarious. What do you think?

Australian Open Called Anushka Sharma A Legend. Twitter Called It A Joke & Trolled Her Mercilessly
Dhoni Gets Trolled For Posing In Ripped Jeans, People Are Calling It A Fashion Disaster