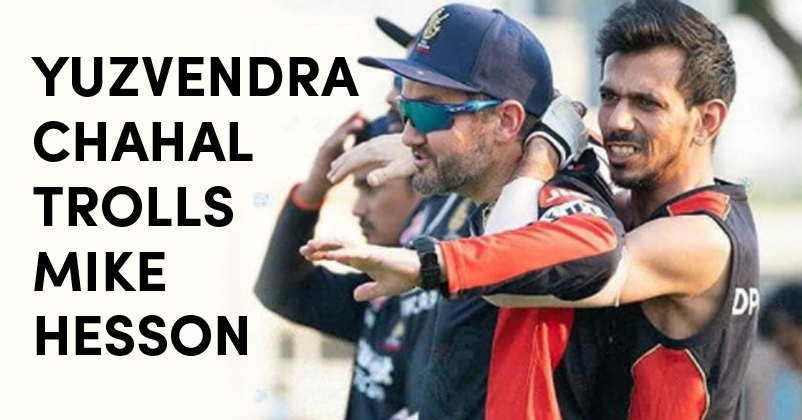 Yuzvendra Chahal, the Indian cricketer, is one of the most famous sportspersons of India and he is popular not just for his cricketing skills but also because of the fact that he is very active on social media networks. Earlier, Yuzi used to post his funny videos on the video platform TikTok, however the app got banned when the Indian government banned 59 Chinese apps. But that hasn’t deterred the Indian spinner from making videos and posting them as there are other platforms as well. Yuzi got engaged to the YouTuber Dhanashree Verma last month and recently, they both posted their own version of “Rasode mein kaun tha”.

Yuzi is presently in Dubai with his team Royal Challengers Bangalore (RCB) as the IPL 2020 is going to start from September 19. The tournament is being organised in UAE because the number of coronavirus positive cases in India is still increasing and situation is clearly not in control.

Recently, Yuzi trolled Mike Hesson, the Director of Cricket of RCB, on social media networks. He posted a couple of photos from the net sessions in which he was seen locking Mike Hesson in Full Nelson. 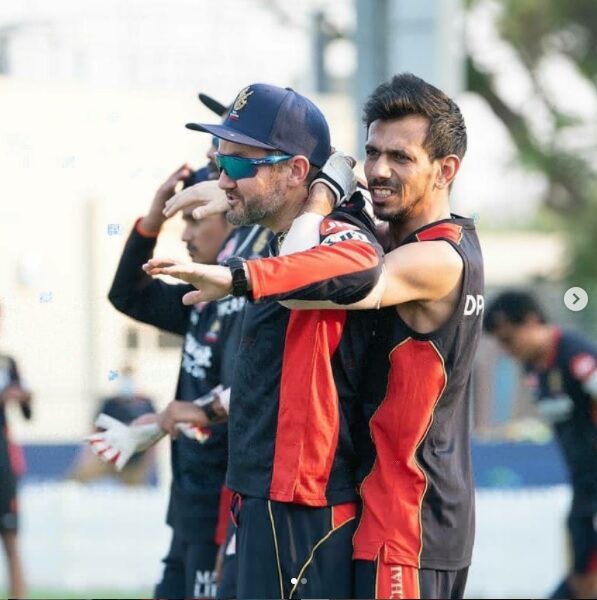 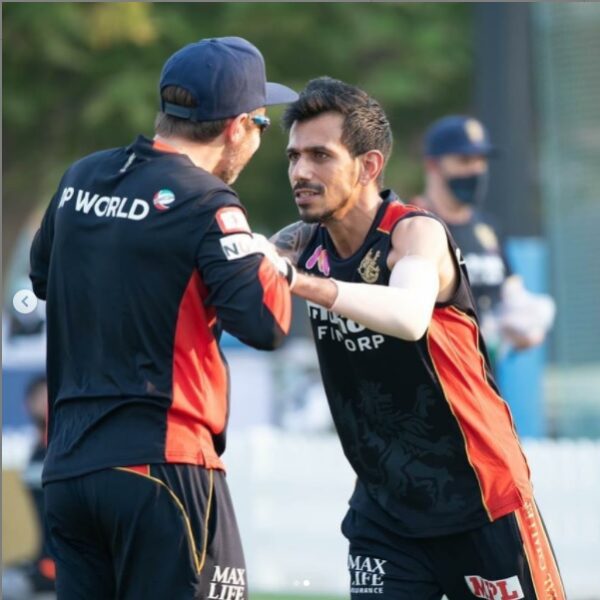 He captioned the post as, “When you ask him to open the batting & he says no.”

It is being said that RCB’s batting will be opened by the skipper Virat Kohli and Devdutt Padikkal in the IPL 2020. As far as Yuzvendra Chahal’s batting in the league is concerned, Chahal has played only 48 balls since the IPL 2014 when he joined RCB and has played 84 matches with total runs scored 21. If we talk about Yuzi’s highest score in the IPL, it is 4 runs and he hasn’t even hit a four till now. But Chahal’s bowling record is just superb as he has taken 100 wickets so far.

RCB is undoubtedly one of the strongest teams of the tournament but they have never won an IPL title and for this reason, the RCB skipper Virat Kohli gets trolled many times.

Jofra Archer Hits Back At The Hater Who Accuses Him Of Wearing A ‘Stolen Watch’ In A Cool Way
Chahal Posted A Video With AB De Villiers, Fiancé Dhanashree Verma Gave A Hilarious Response