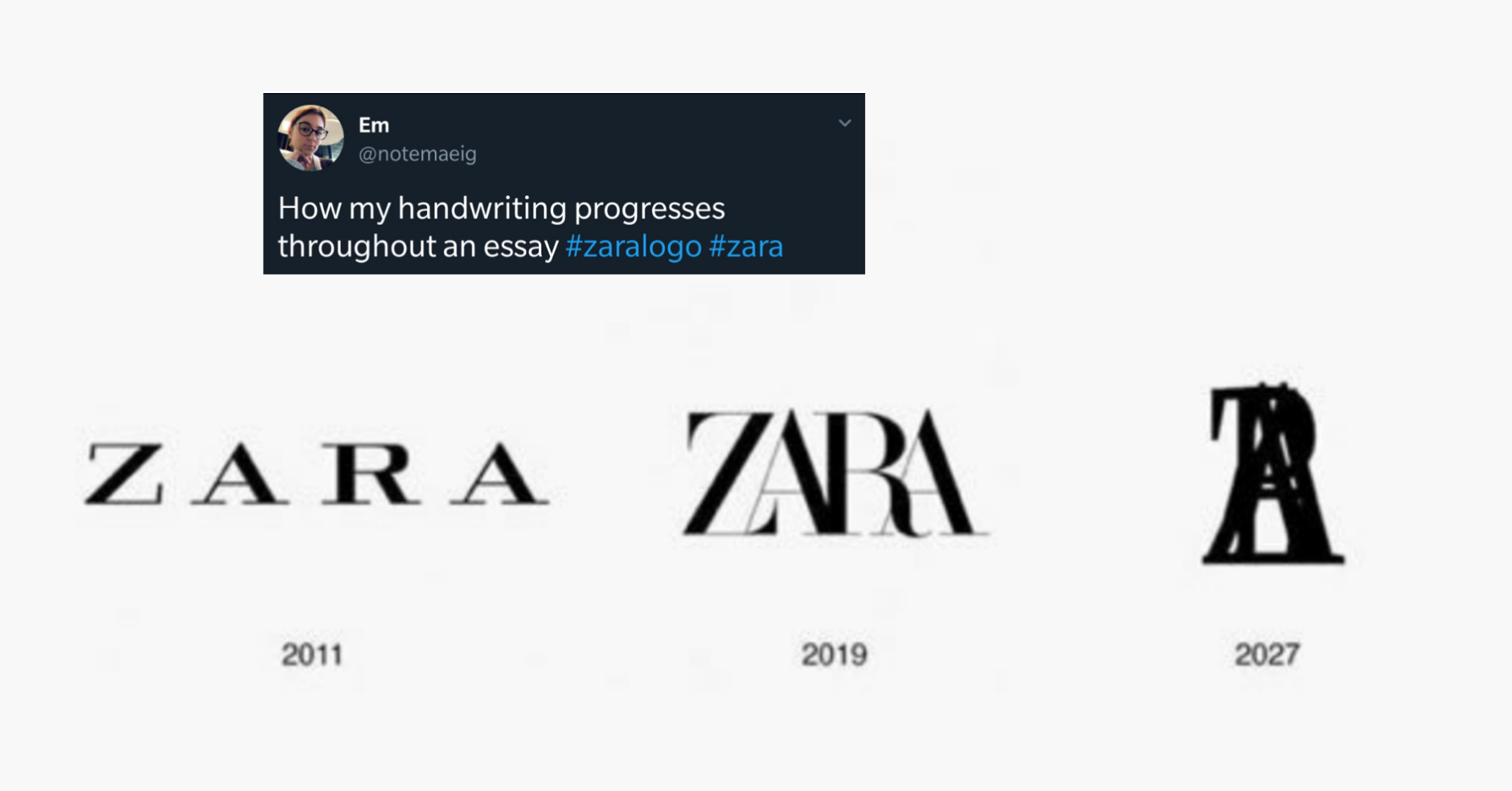 International brand logos are just as popular as their designer dresses and accessories. It’s like they are the front face they are the true recognition of what they are representing.

Now, Zara updated their logo rather squeezed in all the letters in an overlapping manner. Brand loyalists couldn’t differentiate this revamp by none other than Baron & Baron. 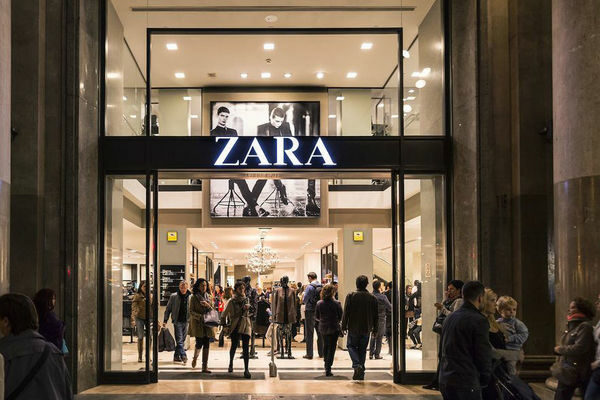 People all over could not help but point out that it seems the new logo is wearing a tight outfit and so happen to stick together like that. Loyal Zara shoppers are quite not pleased with it.

Zara updated their official logo and that too just for the second time in forty five years. Here check it out.

And soon twitterati can’t keep calm and trolled the brand in most hilarious ways. Check these out.

Thank-you for coming to my TedTalk #Zara pic.twitter.com/BqiJMWefmH

Well if it works for Louis Vuitton, why not? 🤔 having said that, the 'R' does look like a 'B', in which case it would spell 'ZABA' which means 'sacrifice' – makes sense if you take into consideration the skimping in sizes of clothing.. 😉#Fashion #Style #ZARA #ZaraLogo pic.twitter.com/ziJEAInDLp

#Zara logo is relatable as it’s a size 14 trying to squeeze into in a size 8#zaralogo pic.twitter.com/2DacxRBIh5

Who approved this garbage…? #Zara pic.twitter.com/w1Snf6tg1D

I think we’re all missing the true star of the #zara logo ~~~~~ pic.twitter.com/KhLIvMauaB

Hey #ZARA, are you hiring for designers by any chance? #zaralogo pic.twitter.com/whW3XENjJX

I posted this on my IG story a couple of days ago. My eyes were assaulted! #ZARA #zaralogo pic.twitter.com/QmCkFFwFD4

The real reason behind the #ZARA logo is "Winter" pic.twitter.com/oBgL7H20oo

Ummmm #Zara, you might wanna rethink that new logo of yours…
Because nobodys ever tried this before pic.twitter.com/7iXAmLLv3o

So, what do you think about this new logo of international brand Zara?

People Asked Google ‘Will You Marry Me’. When Google Asked Why, People Gave The Funniest Answers.
Reliance Jio Satirically Trolls Airtel, Vodafone & Other Competitors On V-Day. Twitter Is Loving It