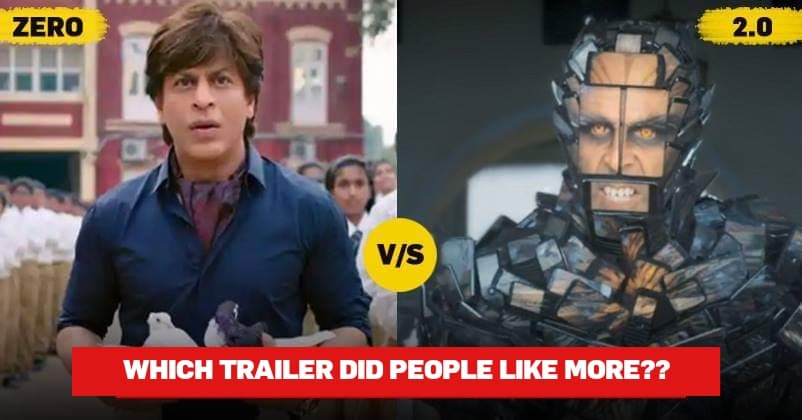 The year 2018 will end on a great note for movie lovers in view of the fact that two big films for which fans had eagerly been waiting will hit the theatres. Yes, you guessed it right! We are talking about Anand L Rai’s “Zero” starring Shah Rukh Khan, Katrina Kaif and Anushka Sharma and Rajinikanth and Akshay Kumar starrer “2.0” directed by S. Shankar.

Recently trailers of both the much-awaited films that are already being touted as blockbusters were released and got great response from people.

The trailer of “Zero” was out on 2nd November and ever since, it has been on a record-breaking spree. Talking about its views within 24 hours, the number is as great as 54 million.

54 Million in 24 hours! Thank you so much for watching and loving the trailer! @iamsrk @AnushkaSharma #KatrinaKaif @aanandlrai @cypplOfficial

Its total view count so far is 69 million (counting is still on). What’s more, it has got 1.5 million likes and 117K dislikes so far on YouTube. 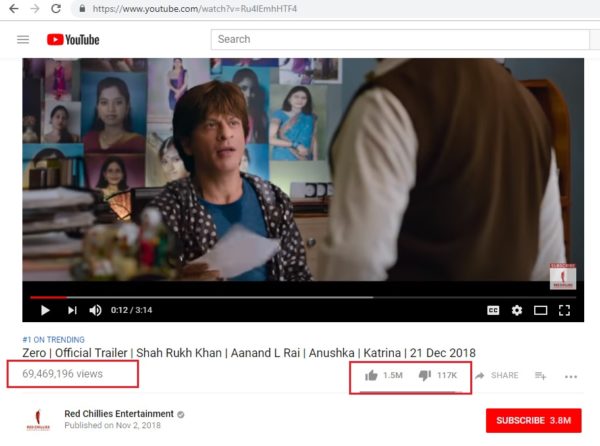 As far as Rajinikanth’s “2.0” trailer is concerned, it got released on 3rd November. Unfortunately, it didn’t live up to the expectations of people and lagged much behind “Zero”. While its Hindi trailer got 15 million views, the number of views garnered by Tamil trailer is 9 million. 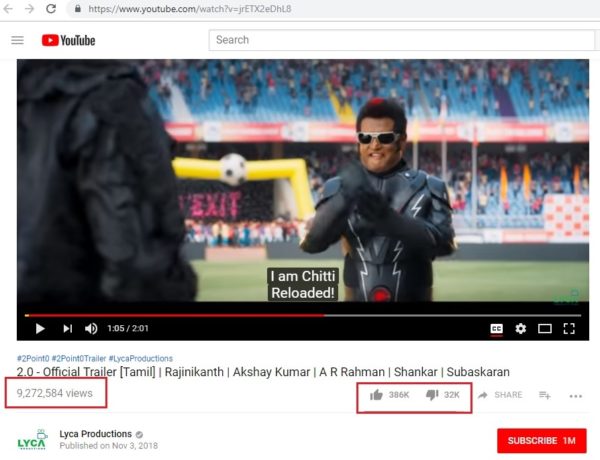 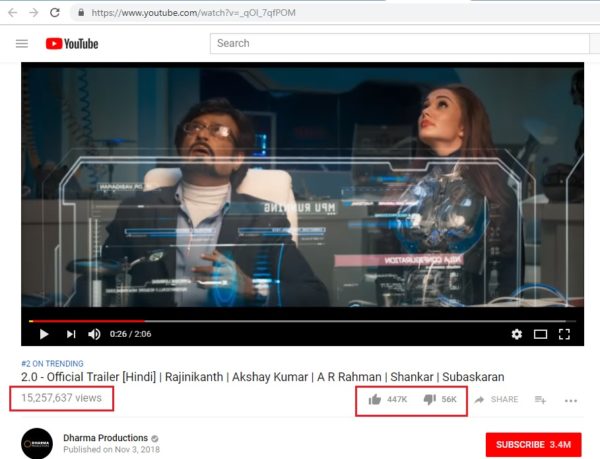 Well, “Zero” is much ahead of “2.0” as of now and if this continues, there is no doubt that SRK starrer will break many records.

Which trailer did you like more? Let us know.

10 Things Couples Can Learn From Bollywood Movies
John Abraham Gave Gyaan Of Not Burning Crackers This Diwali, Got Trolled In The Most Epic Way