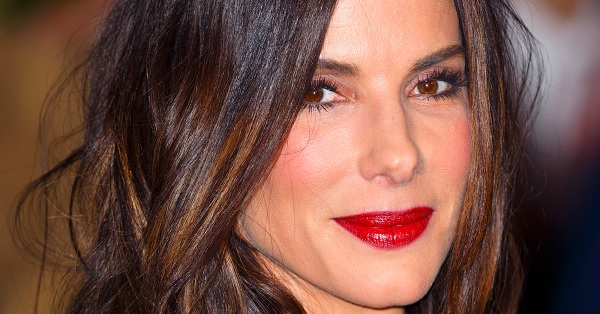 Sandra Bullock is an American actress who into fame after many successful debuts in 1990’s. She is among the world most beautiful ladies and one of the highest paid Hollywood actresses. Fortis films, a production house is owed by Sandra bullock. She gave many successful debuts to the Hollywood and also has been awarded by many achievement prizes in her acting career. She is the only actress in Hollywood to be awarded as the best and the worst actor of the year. Among her many successful movies, Gravity is one of the top most work in her career. We all have been acquainted well with a short bio of Sandra Bullock , now let me give you some amazing facts you weren’t aware of , here are they as follows.

1. Sandra Bullock was born in 1964 and she spend her childhood singing at her mother’s production house. Her mother was a German opera teacher and father was a voice teacher.

2. Sandra Bullock studied theatre at Greenville, Carolina University after which she relocated to New York. Initially she worked as a singer than stared working in television stories and finally her first step in Hollywood was with her movie Hangmen.

3. While shooting for one of her movies, it was discovered Sandra Bullock is afraid of horses and hence she always think twice when there is a horse infront of him.

4. Sandra bullock is the only actress in Hollywood who was awarded as the best actresses and the worst actress for two different debuts the same year.

6. Sandra bullock had a dual citizenship of American/German till the age of 18 after which she reapplied for a permanent citizenship .she can speak German even today and is well versed with it.

7. Sandra bullock has wowed everyone with her performance in a comedy hit ‘While you were sleeping’. This movie was actually casted for Demi Moore who was replaced.

8. Sandra moved to Austin, Texas to her boyfriend and opened a Cajun inspired hotel there. This was a great profit for her in early careers.

9. Sandra bullock was secretly dating Ryan Gosling who is 16 years younger to Sandra. They dated about 2-3 years secretly.

10. Some of the nickname of Sandra Bullock remains America’s sweetheart, the girl next door and sandy.

Karan Johar Offers KRK Rs.25 Lakh For The Review Of Bombay Velvet
15 Most Breathtaking Theatres In The World That You Must Visit With Your Girlfriend