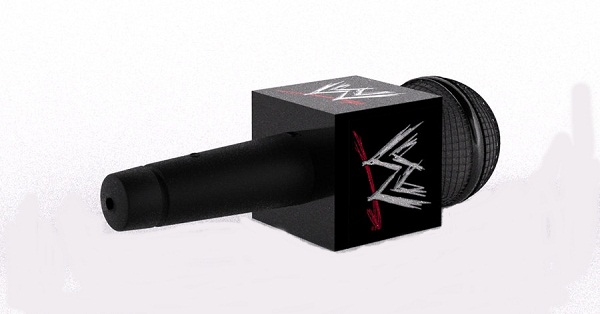 What transforms a wrestler into a superstar? Is it his athleticism or the in-ring talents? Or perhaps his persona, gimmick or the wrestling attire he wears. Yes, they all contribute to some extent, but in this field of sports entertainment, story-telling is must to engage the audience. And PROMOS are the best way to keep a story going, to sell the feud, to make the audience believe that they are seeing something more than just the usual wrestling show. It’s the promos that make a wrestling rivalry to appear like a Hollywood flick. A flick full of passion, story, drama, surprises and wrestling skills that can blow the roof off. You can go on and on for numerous hours with the wrestling maneuvers, giving away five-star matches every now and then. The crowd will love you for a while, but after a certain amount of time they’ll just get bored with you. Promos can make a wrestler a sleeper hit. Minutes of microphone can change a superstar’s career forever. Take any greatest superstar in WWE and you’ll find that he’s a great talker too. Take The Undertaker, The Rock, Stone Cold Steve Austin, Triple-H, Shawn Michaels, Hulk Hogan (with slight exception). Promos cement a superstar’s legacy forever, they create unforgettable moments. Promos, which are merely words can captivate audience, can send shivers right down the spine.

This promo gave birth to the Attitude Era, it made the career of Steve Austin. Undoubtedly one of the finest wrestling moment ever witnessed. Austin, after winning the KOTR contest by defeating Jake The Snake Roberts, gave birth to his most famous catchphrase-Austin 3:16. RIP “The American Dream” Dusty Rhodes, gone, but not forgotten. Rhodes vs. Ric Flair rivalry over the NWA title was just classic. While Flair called himself a man born with a golden spoon in his mouth. Rhodes represented the factory workers, out-of-work steel workers whose jobs were taken away due to the introduction of machines in the plants. This promo reached out to every american citizen watching it at home. One of the all time greatest promo of Dusty Rhodes. Here’s the link to the video — Hard Times

Paul Heyman has one of the finest wrestling minds in the business. So when given the opportunity he unleashed the fury of words on Vince Kennedy Mcmahon. Heyman accused Vince of stealing his ideas and implementing them in the form of Attitude Era. He represented every small and big promoter who went head to head with Vince, competed with WWE. Mick Foley is always known for his hardcore wrestling style, for crossing the physical limits. His earlier time in ECW, when he contended with the likes of Sabu, Tommy Dreamer, made him one of the infamous hardcore wrestler of that time. But it was his Cane Dewey promo, about his 3-year-old son that persuaded him to stop the brutal wrestling style. CM Punk took the frustrations of everyday wrestler in the wrestling industry. He blasted off the WWE management for poor booking. He also became the voice of the voiceless the moment when he shattered the Super Cena image. This promo made CM Punk a much bigger star than he ever was. This promo showed the world why Punk is indeed the best in the world. Shawn Micheals, one of the all time greatest, a perfect blend of technical wrestling skills, charisma and mic skills. When the showstopper revisits the Montreal, the site of Montreal screw-job. He didn’t get an enthusiastic reception, but faced the wrath of the angry crowd. Shawn didn’t back off, but he instead trolled the pissed off crowd. Here’s the link to the video — Shawn Michaels Heel Promo This is a perfect example of how promos are made. Jake The Snake Roberts had the talent that only a few can have in the business. His in-ring psychology and depth of character made him one of the greatest performers. His promos didn’t need any fancy catchphrases, he barely ever needed to raise his voice, he could cut a promo with such a brilliance, and with a striking message at the same time. The jabroni beating, pie eating, trail blazing, eye brow raising, the best in the present,future and past, and if yall dont like me you can kiss the peoples ass! The Rock, one of the greatest superstar of all time. His charisma, mic-skills, athleticism made one of the biggest superstar of the Attitude Era along with Steve Austin. His promos are always entertaining to watch. He can be wacky, funny, goofy, serious, dramatic….anything you just name it. Watch this promo and see how the great one owned Billy Gunn. Hulk Hogan at one point was the biggest superstar that wrestling industry had ever seen. The famous wrestling icon of the 80’s who ruled as the face of the WWF. But soon people were over the Hulkamania thing, they were moving on. It was then when Hogan reinvented himself, decided to turn heel and joined NWO. This was shocking and unexpected back then. One of the biggest wrestling moment, it was hogan’s heel turn that helped WCW beat WWF in the ratings for a while. Here’s the link to the video — Hulk Hogan Turns Heel