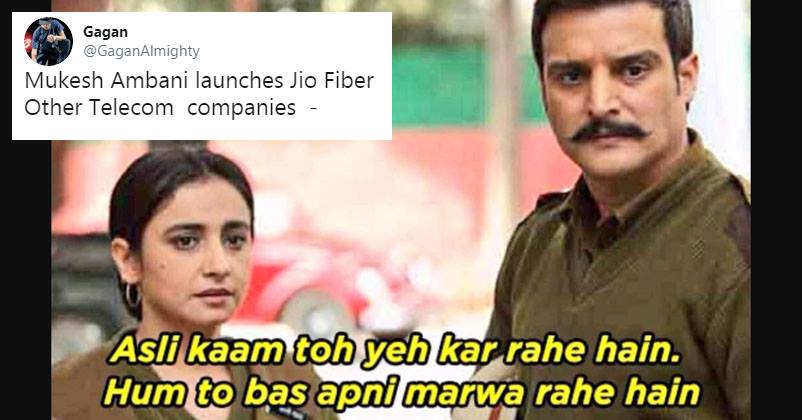 Reliance Jio AGM announcements left internet users across the country surprised as Mukesh Ambani gave so many reasons for Indians to celebrate. Summarising the event for you, Jio will be focussing on the Next-Gen Digital services with announcements like a partnership with Microsoft, JioFiber, Jio Set-Top-Box and much more.

As expected, Twitterati saw this as an opportunity to show their excitement with fresh memes. Most memes are showcasing what other internet service providers and DTH operators may be thinking after seeing such disrupting products. Here are some of the most hilarious ones:

While Mukesh Ambani is announcing his #JioGigafiber benefits one by one

Another nice move by MukeshAmbani..Hope it will be checkmate for other dth providers.. #RILAGM pic.twitter.com/YJ22wN5RG2

Finally, it is worth sharing that Jio Fiber services will be commercially available 5 September all across India. What’s is your take on Jio’s new announcements, share your views in the comments section.

Continue Reading
You may also like...
Related Topics:jio, Memes