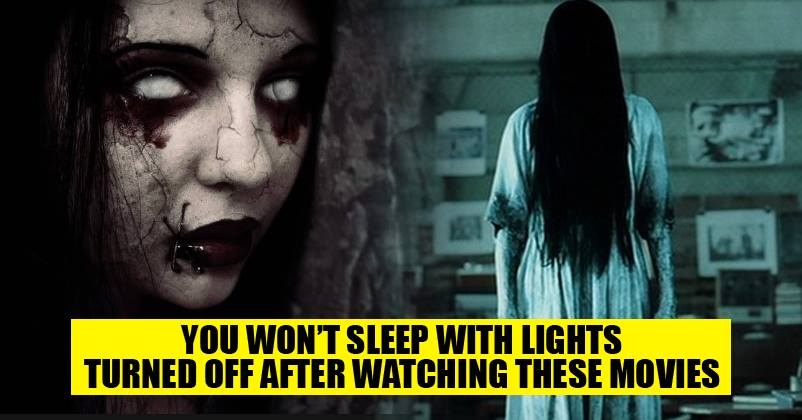 Are you one of those people who love to be scared, creeped out by a horror movie. There’s no better cure for boredom than watching a horror movie. People like to be frightened, they like the rush of the fear, to feel their hearts beat faster, it’s sort of kick. There’s a kind of excitement in watching a movie that can send chills down your spine. This sort of entertainment have big effects. People love to be scared. Everyone is fascinated by urban legends, ghosts, monsters, demons, and the supernatural.

Watching stories set in scary haunted houses, the eerie sounds that turn our palms sweaty and tense up our muscles, isn’t it fun? The best part of horror movies is that we know what’s coming, we know how things are going to play out, who’s going to live, who’s going to die, we even like the bad guys more than the good ones.

So let’s take a look at the 15 Horror Movies That You Must See Before Dying! This film is considered to be one of the greatest horror movies of all time. It’s full of suspense, it’s scary, and it’s thrilling. The film is credited with reinventing the slasher genre, the Golden Age of Slasher film which ran from 1978 to 1984. Halloween is considered to have started that golden age. It’s the story of Michael Myers, on Halloween night of 1963, six-year-old Michael Myers stabbed his sister to death. 15 years later Michael escapes from a psychiatric hospital, comes back to kill. You can’t run and you can’t hide. The story of the movie in a nutshell. A Nightmare of Elm Street is about several teenagers who are stalked and killed in their dreams by Freddy Krueger.  Freddy Kruger is a cruel serial killer who kills his victims in their dreams. Dying in dreams result in actual death. This is a movie where the bad guy is much cooler than the heroes. Because Freddy Krueger is an interesting and one of a kind character. He’s the ghost of a child killer, he’s a wise-cracking murderer with a metal claw hand. The first horror film to be nominated for the Academy Award for Best picture. The film deals with the demonic possession of a 12-year-old girl as her mother tries to save her with the help of two priests.The Exorcist is based on the novel of the same name which is inspired from the supernatural events surrounding an anonymous boy.

Considered as one of the greatest Hitchcock films. If you see haven’t seen this movie then don’t call yourself a horror fan. Earlier horror films were only about monsters, zombies, werewolves, and vampires. But this movie changed it all, it started the genre of psychological thriller horror. Still today the Marion Crane’s shower scene or the freaky look on Norman Bates’ face will send chills down your spine. Watch the film to experience the genius of Hitchcock. Based on the Stephen King’s 1977 novel ‘The Shining’. The film follows Jack Torrance, a writer and recovering alcoholic, takes a job as an off-season caretaker at an isolated hotel. Jack’s son has psychic abilities, he can see the ghosts who haunt the hotel. Jack becomes influenced by an evil spiritual presence and starts descending into madness. The Shining is without a doubt one of the Stanley Kubrick’s undisputed masterpieces Based on the bestselling novel of the same. Rosemary’s Baby follows the story of

Rosemary who moves in a new apartment with her husband. She is surrounded by strange neighbors and starts experiencing bizarre occurrences. She mysteriously becomes pregnant. She then discovers that her husband has made a pact with the satanists and she is carrying the child of the devil. A group of scientists in the Antarctic are confronted by a shape-shifting alien that takes on the form of the people that it kills. Paranoia develops among the group members as they are unsure of who is human and who is the thing. The group of the researchers must find the thing and kill him before it kills them all. John Carpenter’s The Thing is a must watch for all the horror fans. The mother of the found footage horror genre. The film is about three film students who vanish after traveling into a Maryland forest to film a documentary about a local legend known as the Blair Witch. They are never seen or heard again, only their footage is left behind. This is one of the most successful independent films of all time. The film took horror in a new direction, spawning the legion of found footage movies. Most of the people would say Jaws is a thriller, not a horror film, then why have you included it on the list. Well anyone who thinks that doesn’t have a proper understanding of horror films. Jaws is a quintessential horror film. It’s about a gigantic great white shark starts terrorizing a small island community. To stop the man-eating shark, a police chief, a marine scientist and a fisherman join forces.

10 Movies That Every College Student Must Watch
Hrithik Roshan’s Badluck! He Didn’t Think Twice Before Rejecting These 6 Blockbusters!