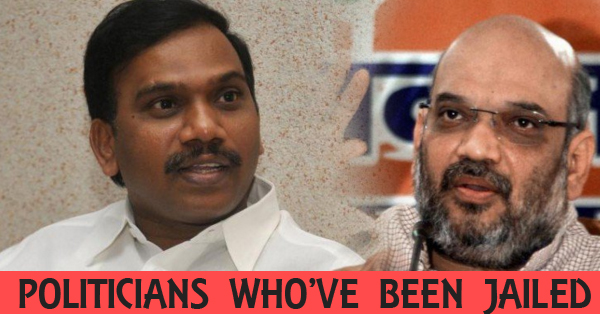 Amit Shah, current president of Bharatiya Janata Party (BJP) got arrested on 25th July in 2010 due to his connection with Sohrabuddin fake-encounter case and was charged with murder, kidnapping and extortion. He was denied entry in Gujrat from 2010 to 2012. She was sentenced to four years of jail-time and (roll your eyes) a fine of Rs.100 crore on 27th September in 2014 for disproportionate assets case which was filed by BJP’s Subramanian Swamy back in 1996. He got sentenced for five years in “Animal Food Scam” or “Fodder Scam”. The total scam amount was Rs.37 crore. I wonder what he did with that much of animal food, ah, jokes apart. He got famous for the 2010 “Commonwealth Games” which was held in India. The scam totaled for about 70000 crore rupees and he was put behind the bars by CBI. He was the CM of Karnataka. He got involved in land scam, mining scam and got jailed for about 1 month after which he got bail. He was the CM of Jharkhand and was sentenced to life imprisonment in 2016 on the charges of murdering his own secretary but Supreme Court overruled the decision in 2007. He was arrested alongside with two central ministers in 2001 for alleged losses of 12 crore rupees in building mini-flyovers in Chennai. Madhu Koda, the ex-CM of Jharkhand was arrested in 2009 due to his alleged involvements to a mining scam totaling in about 3400 crores.

Madan Mitra, an MLA of West Bengal got arrested in 2014 due to connections with “Saradha Scam” of about 300 crore rupees. Being involved in the 2g scam, he was arrested and served 15 months in Tihar Jail.

So did you vote for any of them? Share your views in comments.

Continue Reading
You may also like...
Related Topics:10 Names In Indian Politics Who You Won't Believe Were Actually Jailed, Jailed, Politicians, Politics