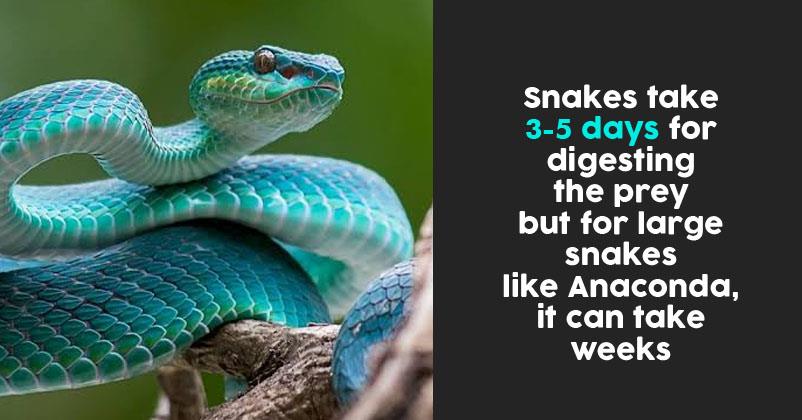 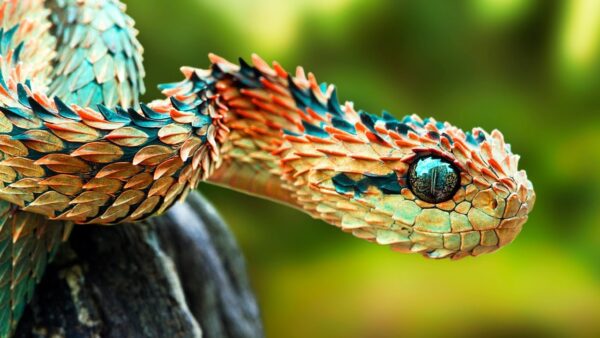 Snakes, the slippery looking reptiles, are indeed among the most dangerous carnivore in the biome.

Found on every continent besides Antarctica, this legless creature has some very fascinating features that are bound to make you study more about it.

Here is a list of some of the most amazing snake facts you will ever come across:

1) The dangers of a decapitated head of a snake.

A snakehead can bite you, even hours after the snake’s death. And be careful, this bite contains a lot of venoms.

2) The digestion in a snake’s body.

The warmer a snake’s body is, the easier it is for him to digest its prey. The usual snakes take 3-5 days for digesting the prey but for large snakes like Anaconda, it can take weeks.

The snakes mate in a large breeding bowl. The bowl has 1 female alongside 12 males. The snakes stay in the bowl for about a month after which they lay eggs. The frequency of mating is around every other year or even less.

Black Mamba is the most evolved snake species until now. What differs them from the rest of the snake world is their highly evolved venom delivery style. They can deliver 12 string shots in time and their one bite is enough for a fully grown human.

Snakes don’t have any external ears or eardrums. Their skin, muscles and body cells carry sound vibrations to inner ears.

6) Too large a meal can explode a snake.

A very interesting incident happened when a Python blew up after he tries to eat a 6 feet Alligator. The Python was found having Alligator’s tail in his body and the head was missing.

7) The unusual use of teeth in a snake’s body.

Snakes have a large number of teeth but these are not used for chewing or cutting. The teeth in a snake are pointed backward which they use to prevent their prey from escaping outside the body.

A snake has scales over his whole body, even in his eyes. Interestingly, they are made from the same material which makes up human nails, called Keratin.

A snake’s tongue has a fork-like shape. The two ends are used for tasting and identifying different chemicals. A snake can identify the smell on its tongue.

Some snakes are joint twins. As they grow, the embryo splits and they have two heads with a single body. It is very difficult for such kind of snakes to survive as they fight for food amongst themselves and have a different sense of taste and directions.

Snakes are a very mysterious kind of species. There is so much to know about them, so much to study about them.

One more important thing to know about snakes is that they are not the man’s enemy, unless until disturbed. They are a real contributor towards maintaining the balance of the ecosystem we survive in. 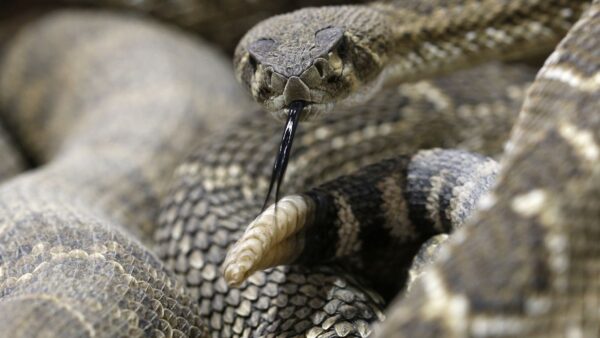 Continue Reading
You may also like...
Related Topics:Snake, Wildlife