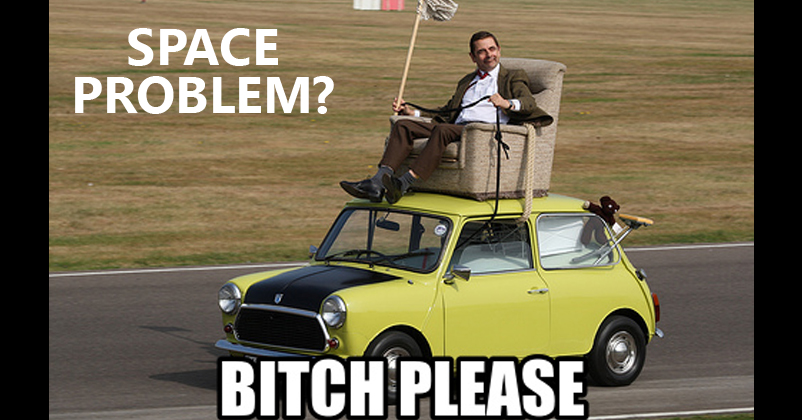 Mr Bean, the man responsible for making our childhood awesome. There are only few actors gifted with a talent of making others laugh, and Rowan Atkinson is one of them. His character of Mr Bean has become a famous pop-culture icon, recognized world-wide for his slapstick comedy. The show was very well received, won many awards and took Rowan Atkinson to a whole new level. The versatility of Rowan Atkinson can be understood from the fact that even though he’s a famous household name for playing Mr Bean, a silent childish buffoon character. He has played several different characters like Inspector Raymond in The Thin Blue Line, Johnny English in Johnny English movie series.

Through the character of Mr Bean, Rowan Atkinson became a famous comic icon, a global sensation. The character of Mr Bean was developed by Rowan Atkinson himself while he was studying Electrical Engineering at Queen’s College, Oxford. Mr Bean has an unusual way of looking at things, everyday problems. Mr Bean lives alone, wears trademark clothes, mostly carries a teddy bear with him. He doesn’t speak much, even if he does, it is in the form of few mumbled words which tickle your funny bone.

1. Mr Bean knows how to make an unforgettable first impression. One of the best Mr Bean episodes. He won the blind date contest, took the girl on a date. The girl won’t forget the time she has spent with this charming guy. 2. Mr Bean’s mini is good for so many reasons. You can lock it with a padlock, can take the steering with you (no need of anti-theft gadgets) and hell you can even take it to a ticket queue. 5. Horror movies these days are really dull and boring. They recycle the same old gore and blood formula. With a few exceptions the 2015 horror movies haven’t been any interesting at all. 7. The TO-DO and NOT-TO-DO things at a rare book library. Loved how he first damages it, and then tries to repair it, but it gets progressively more demented. 8. He did stuff before it was cool. Nowadays it’s just too mainstream. 9. When you see someone trying to flirt with your bae 😀

10. There are plenty of life lessons we can learn from Mr Bean. Thanks Mr Bean for everything, you sir are a legend. 11 Real Life Heroes Who Will Inspire You
10 Best Clever Inventions Of All The Times!