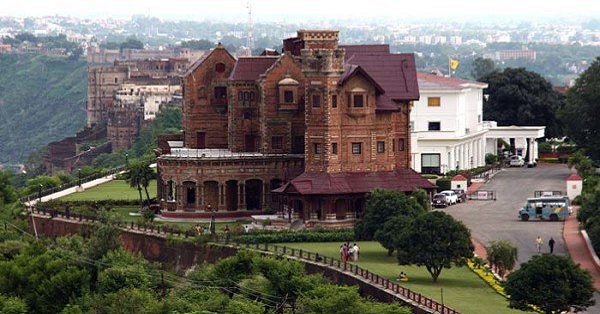 Every gorgeous lady dreams to tie a knot with her life partner in the most beautiful palaces around. The basic concept behind the construction of palace says they were built for holding royal and fat Indian weddings which soon became a major tourist attraction. Let’s check out the most royal and beautiful palaces in India

1.Amar Mahal Palace: Amar Mahal is situated in Jammu and currently is converted into a museum. The palace is built on the banks of river Tawi by Dogra Rajas. 2.Amba Vilas Palace: This royal palace is also known as Palace of Mysore and is situated in Mysore, Karnataka. 3.Kanga Palace: Kanga palace is in Manipur and is considered as the place of worship and ceremonies. 4.Laxmi Vilas: This is an excellent and huge palace situated in Gujarat. 5.Jahangir Palace: Jahangir palace is situated inside the Agra fort and is among the most huge and old palaces in India. 6.Chowmahalla Palace:  This beautiful palace is built entirely with white marbles and belongs of Nizams of Hyderabad. 7.Ujjayanta Palace:  Today, the beautiful castle is served as state legislative assembly and among the major attractions. 8.Thirumalai nayakkar Palace: This is probably the most beautiful palace situated in the centre of Madhurai, Tamil Nadu. 9.Aga khan palace: This is the pride of Maharashtra and was built by Shah Aga Khan 3 near Bund Garden, Pune.