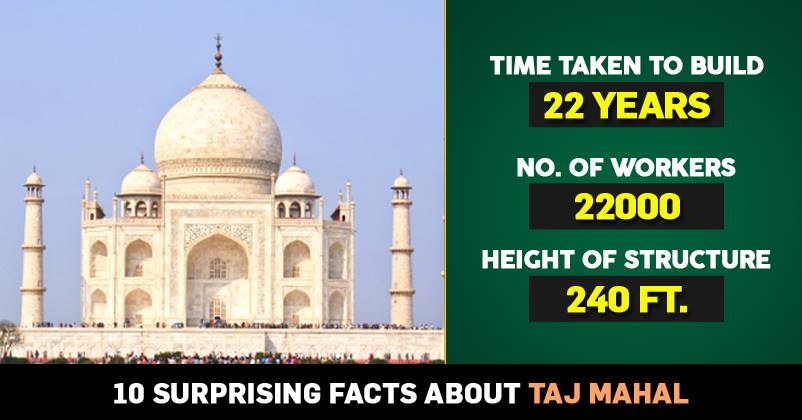 Taj Mahal is a glorious building of white marble which stands in Agra, India. Built years ago, it’s still considered s one of the wonders of the world.

This marvelous piece of architecture was ordered by the Indian emperor Shah Jahan, in the memory of his wife Mumtaz Mahal. The Taj Mahal is an inspiration for many and a place of attraction for all history lovers and tourists and engineers who also wonder how the designers were able to create such a piece without the availability of today’s tools, including scaffold poles.

Let’s dig into some of the surprising facts about this wondrous mausoleum.

#1 Record Number of Workers
A total of 22,000 workers were employed in the construction of this Mughal architectural wonder. The team was headed by Ahmed Lahauri, an architect.

A large number of people working on the projects were all specialists of different skills. They were calligraphers, painters, stonecutters, embroidery experts, and a few more.

Building this piece of splendor did not only employ men but also a thousand elephants to transport material.

#2 Has a Unique Theme 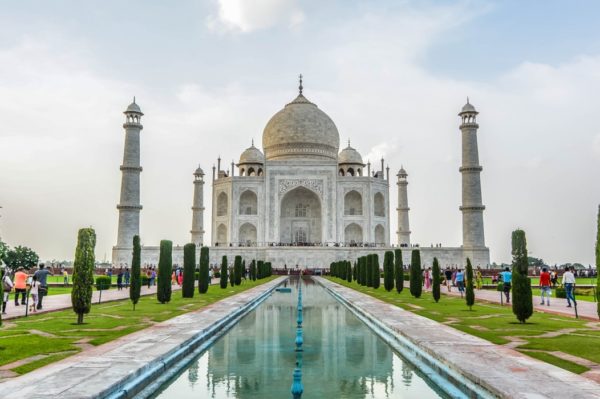 Taj Mahal, built by a Muslim emperor has an Islamic theme to its structure and design. The words Taj Mahal are also Arabic and translate into “Crown of Palaces”.

The four minarets surrounding the building, it gives the place a more Islamic touch. Also, some Quranic passages are also inscribed in the walls of Taj, adding to the Islamic feature to its design.

#3 Looks Different Every Time
The Taj Mahal is said to have different moods during different times of the day. It changes hues reflecting the skylight throughout the day. It can be a sight to behold.

It gives out pinkish hues in the morning, which makes it a calm and peaceful sight. Around noon it looks astonishingly white and bright.

As the sun sets it spreads its golden rays on the Taj Mahal which looks more gold than white. Finally, as the moonlight shines over the Taj it makes it look silver.

Shah Jahan meant it to be this way as his wife always had different moods.

#4 Took Twenty Years to Build
The Taj Mahal is a genius piece of architecture that required an effort of about 20 years. The construction started in 1632 and was completed in 1653.

Some records also claim that the emperor intended to build another beauty just across this one using black marble. However, he could not make it happen due to the growing tensions in the region and the time it took to build the original Taj.

#5 Protection Against Natural Disasters
Concerned about the safety of the dome, the emperor had the four minarets built tilting away from the building so that they don’t fall on the tomb in case there’s an earthquake.

#6 Different Precious Metals
The white tomb has 28 different sorts of precious stones including emeralds installed within. Some were later ripped off by the British army, but that didn’t reduce the tomb’s beauty.

#7 Worth Billions
While the original cost of building the structure is not known, experts say it would cost about one billion British Pounds today.

#8 Symmetrical Design
All four sides of the Taj Mahal are symmetrical. Each side is as beautiful as the other as all four sides are intriguingly identical. No matter which side you choose to approach you will always find yourself glaring at a beautiful sight.

#9 The Mahal is Huge

#10 It’s a Recognized Structure
Taj Mahal is a World Heritage Site and one of the Seven Wonders Of The World, due to its rich history and amazing architecture.

There are a lot of myths about Taj Mahal, such as the emperor ordering to cut the hands of all the workers so that they could not rebuild a similar structure. However, such rumors are fall. In fact, you can find many huge replicas of Taj Mahal today in different parts of the world.