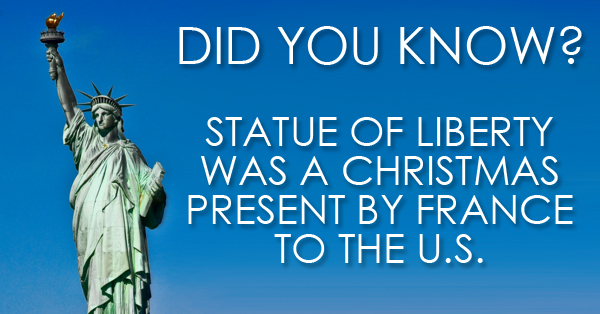 yes yes, one of the christianity was not a part of IT originally. Infact Christmas is no where mentioned in the BIBLE!!

9.IT’s NOT THE BIRTHDAY OF JESUS CHRIST!

unlike popular belief 25th December is not thge birth date of lord Jesus christ.To amaze you, historians could not even agree to one date until the 3rd century!!but the date is selected because it coincided with pagan or local festivals then.

8.CHRISTMAS WAS ONCE A PUNISHABLE OFFENSE!!

The Christmas now celebrated worldwide was also once a punishable offense!! Yes in 1644 the Massachusetts legislature fined 5 shillings to anyone celebrating Christmas . A huge amount back then!!

7.CHRISTMAS CAROLS WERE NOT PLAYS BUT SONGS!!

The word carol originally meant to dance to something.Carols were first sung in Europe thousands of years ago, but these were not Christmas Carols. They were pagan songs, sung at the Winter Solstice celebrations as people danced round stone circles. Much like lohri 😉

6.CANDY CANES WERE MADE TO KEEP CHILDREN SILENT DURING THE CHRISTMAS CHOIRS in 1670s

A story says that a choirmaster, in 1670, was worried about the children sitting quietly all through the long Christmas nativity service. So he gave them something to eat to keep them quiet! As he wanted to remind them of Christmas, he made them into a ‘J’ shape like a shepherds crook,or JESUS .

5.STATUE OF LIBERTY WAS A CHRISTMAS GIFT BY FRANCE TO THE USA

IT is also known as the biggest Christmas gift ever!!gifted by france to us in the year 1886

4.THE TRADITION OF STOCKINGS WAS ACTUALLY BORN IN THE CUSTOM OF DOWRY 🙁

Stories say Christmas stockings evolved from three sisters who were too poor to afford a marriage dowry. However, the wealthy Bishop Saint Nicholas of Smyrna (the precursor to Santa Claus) crept down their chimney and generously filled their stockings with gold coins

3.THE MOST FAMOUS CHRISTMAS SONG “WE WISH YOU A MERRY CHRISTMAS” IS ANONYMOUS!!.

YES EVERYONE KNOWS THE SONG BUT NO ONE KNOWS WHO WROTE IT ! SO WAS IT SANTA CLAUS!! :p 😉

2.CHRISTMAS TREE DOES NOT BELONG TO CHRISTMAS RATHER IS AN OLD GERMAN TRADITION

1. THE SANTA CLAUS DRESS IN RED AND WHITE WAS THE BIRTH OF A COCA-COLA AD!!

YES !! the santa you know is the brain child of an intelligent marketing agency and a skilled artist 😛 😛 even when santa claus is the personification of the saint Saint Nicholas of Myra, a dutch saint famous for giving gifts!! previously known as Sinterklass by the pagans. References say he wore, green, golden and yellow!! red was by coca cola!!

Continue Reading
You may also like...
Related Topics:10 Things You Never Knew About Christmas!!, Christmas

7 Celebrity Couples Who Gave Birth To A Girl Child In 2015!!
10 Things That No One Tells You When You First Start College.