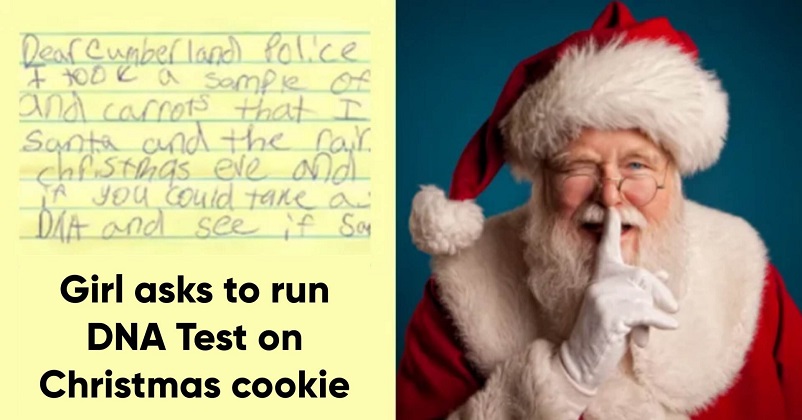 The police department of Cumberland town is getting all the praises on social media because of the beautiful manner in which it responded to the request made by a little girl of th e town. 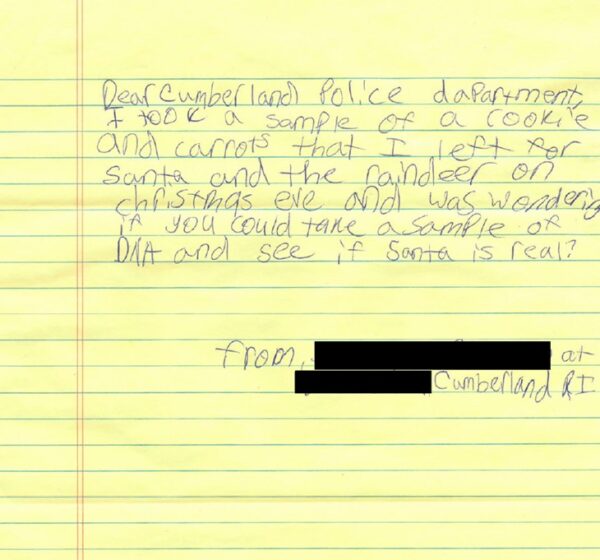 The police department of the town received a letter from the girl along with a partially eaten cookie and carrot with bite marks and she requested a DNA test in order to ascertain that Santa Claus visited her home on Christmas. 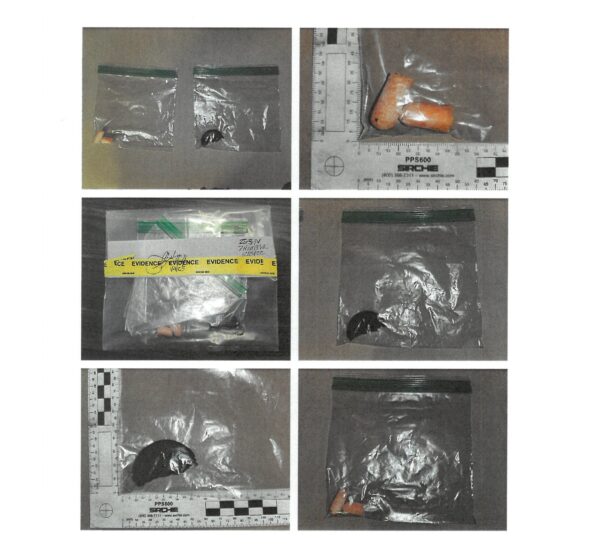 The girl wrote to the Cumberland Police Department that she took a sample of cookie and carrot which she kept for Santa Claus and the reindeer and was wondering whether they can conduct a DNA test and confirm that whether Santa Claus is real or not. 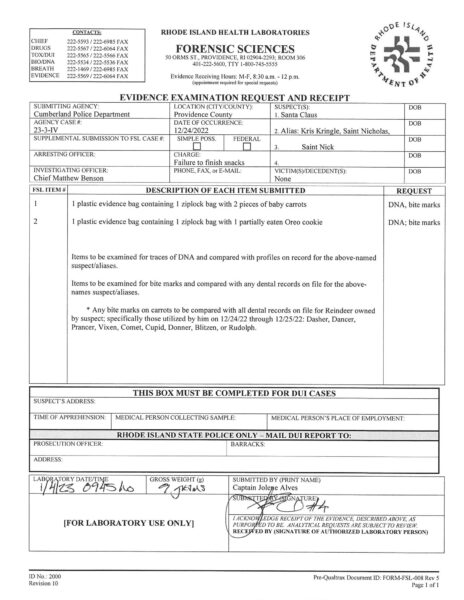 The Cumberland Police Department took to the social networking site Facebook and made a post with a press release in this regard and the title of the post is, “DNA REQUEST BY LOCAL YOUNG INVESTIGATOR”. 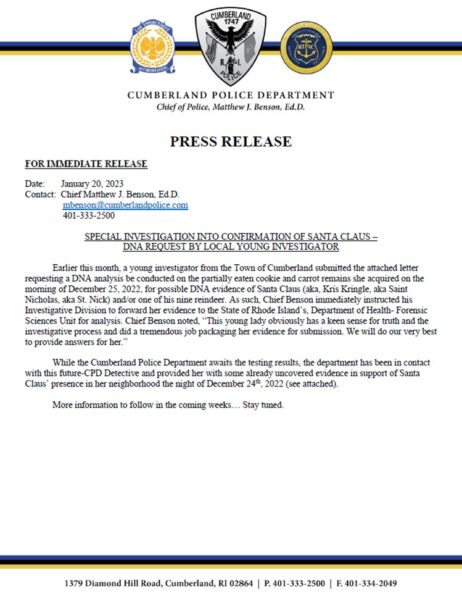 The police department also informed everyone that they sent some evidence (photo of a reindeer) to the girl which proved that Santa was present in her neighbourhood. 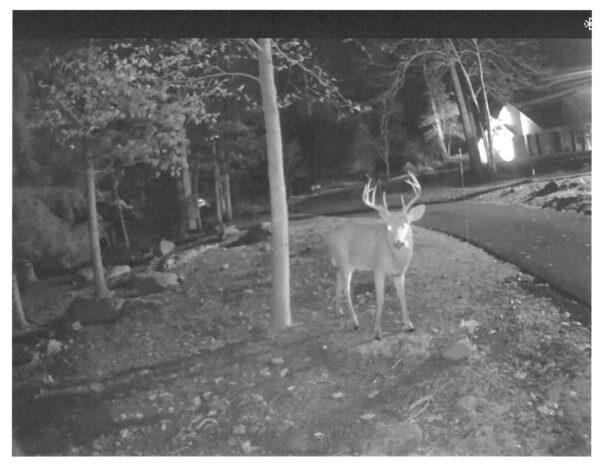 The Office of the Mayor of Cumberland also praised the police department and shared the post with the caption, “Christmas magic is still very much alive. Great job, CPD!”

We have to admit that the Cumberland Police Department did a great job! What do you say?