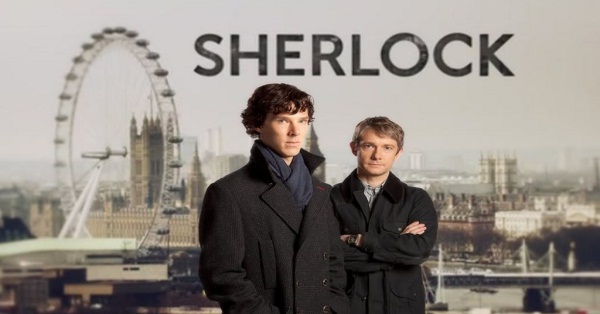 SHERLOCK HOLMES, one of the widely popular fictional character around the world. Sherlock isn’t even real, but the impact he has is tremendous. If you don’t know about Sherlock Holmes, I wonder where were you all this time. Sir Arthur Ignatius Conan Doyle gave birth to this character in 1887. Ever since then it has become a cultural icon. It has been subject to several TV movies, series, comic strip, comic books. Among them the popular are the Sherlock movies where Robert Downey Jr. portrayed the role of genius detective. And the infamous Sherlock TV series by BBC where Benedict Cumberbatch’s acting reinvented the character, gave a new look, breathed a new life in the character. If you analyze this ‘Sherlock’ character, he can teach you a lot of things. Sherlock can understand human mind better than most of the people. His observation skills are extraordinary. His reasoning, decision skills, judgment of character is something we can learn from him.

Here are the 10 things that I have learnt from observing Sherlock Holmes character. 2. When you have eliminated the impossible, whatever remains, however improbable, must be the truth. No distractions, just the sole focus on what remains, what is possible. This is all about logic, about being rational. Quite often we act like an idealist, governed by an idea which is impossible to achieve, and we end up wasting our time. So it’s good to be a realist, to deal with facts and logical possible solutions. 3. There’s a difference between seeing and observing. Observing each and every small detail in our daily lives can help us in developing our senses, it can make us mindful, and aware. It is no less than any superhuman powers. There is nothing insignificant in the world. It all depends on the perspective. It all makes sense if you want it to.

4. The scene where Sherlock has been shot, he doesn’t die immediately, but he handles himself in a way that he can survive the shock for a while. He uses his mind palace to keep himself from dying too quickly, he uses his conscious to cope up with the pain. There’s a pain management lesson for you. In life there’s always pain, but we can choose whether we want to suffer from the pain or not. 5. The thing about Sherlock that strikes the most is his honesty. Unlike most of the two-face people who talk shit behind your back, Sherlock is the person who can ask you to shut up if you’re disturbing him. He speaks whatever he feels, you can call him a jerk for that. And this honesty has earned him a loyal friend, Dr. John Watson. Only Watson can deal with Sherlock’s egotistical nature. 6. What would be Mario like if Bowser hadn’t kidnapped the princess? What makes a good story, a hero and his loving heroine? It’s the villain whom the hero fights through out the story to emerge victorious, to come out strongly. Enemies are important whether it’s in a book story on the story of life. Enemies provide you with many chances of self-improvement, they will let you know the short-comings in you. 7. What separates we humans from other species is our expression of feelings. We are creatures of emotions and without the expression of our emotions, we can’t find happiness. Writing, Painting, Singing, any form of art is developed for the need of expressing one self. Feelings like love are special, they need to be treasured, not to be kept with one self alone. 8. The biggest challenge in this world is to stay yourself while it continues to change you into something else. Always be yourself, never be afraid of what others will think of you. It’s better to be a first-rate version of yourself whether people appreciate it or not. Sherlock Holmes is always himself, being mysterious with his cheekbones, and turning his coat collar up to look cool. 9. I wonder why some people think that happiness comes from being surrounded by people, by pleasing others. I think the real satisfaction comes from inside. If you come to think of it, you’ll learn that solitude can teach us a lot of things. No wonder why sages avoid big companies. Sherlock always keep himself busy with his work instead of surrounding himself with people. He is happy in his own company and doesn’t need any approval of others. 10. Don’t judge a book by its cover. Appearances can be deceiving, sometimes people are not what they seem to be. Sometimes you have to look beyond a person’s looks to see what they really are. So always know and understand a person well enough before judging them by their appearances. The bad thing about Sherlock TV series is that it’s too addicting. Once you start watching it, you won’t feel content unless and until you have seen all the three seasons. It turns you into a Sherlockian and it changes your perception forever. Shocking News : ABCD 2 Actor Arrested For Raping A Mentally Challenged School Girl
What If Game Of Thrones Was Made By Tollywood