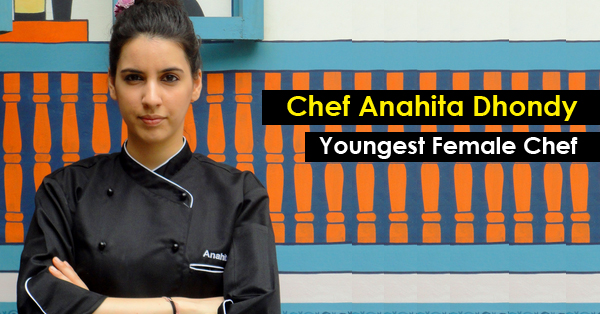 Women entrepreneurs have truly Made their stand firm in the Business industry giving a strong fight to Men entrepreneurs .. In India there are many Women who Have their Own Business but it runs only from Their House they don’t have any online Identity.. Slowly Slowly India is Coming to a stage where we find More Women Entrepreneurs than Men Because Logical Studies have found out that Women have more Skills in Dealing with Customers as Comparing to Men.. These 4 Women Entrepreneurs have proved the world that Women Too can Hold a Strong Stand in Business Industry.. “ I realized the need to address what looks like a reducing peer group as you grow into your career. SHEROES.in was set up with the view of converting the ‘talk’ about diversity into ‘action’ about diversity,” says Sairee.
Sairee says, “There are over 10,000 women who have found a work-life fit using our initiatives.” These include returning professionals, work-from-home freelancers, entrepreneurs, interns and corporate employees. She has been Felicitated with Prestigious Padma Bhushan Award for her Achievements ; Skills And being an Inspiration to India’s corporate leadership , Especially to the Women of the Nation. Mrs Dhawan is an inspirational women in Indian IT industry . She is an inspiration for women working in Computer & IT sector. She entered the IT world in early 1980’s when there were just few women in this industry with Only handful of IT Companies around.

At the beginning of her career she entered in Asian Paints and Hindustan Lever.Unfortunately, these organizations did not want a woman to be a part of their marketing and sales efforts and hence she was rejected at the time. Shahnaz Hussain is the biggest name in Herbal cosmetics industry in India. Shahnaz Hussain has introduced a number of useful & effective herbal products in the Indian fashion cosmetics market .

Currently, The Shahnaz Husain Group has over 400 franchise clinics across the world covering over 138 countries.

Her pioneering work got recognition from Govt of India when she was conferred with prestigious Padma Shri award in 2006. Smt.Jyoti Naik, is currently the President of Shri Mahila Griha Udyog Lijjat Papad, an Indian women’s innitiative based in Mumbai.

The Khadi and Village Industries Commission of India has conferred the Best Village Industry award on Lijjat Papad from the period 1998-99 to 2000-01.

Jyoti Naik was conferred Businesswomen of the Year (2001-02) for corporate excellence by the Economic Times. ( Source – India TV News ) Indu Jain,76, used to be the chairperson of India’s largest and most powerful media house – The Times Group.

Indu contributed immensely to the growth of Times group & Indian Media. Now, her two sons Samir and Vineet are running the company.

Indu Jain is also founder President of the Ladies wing of FICCI (FLO). Indu is also the Chairperson of the Bharatiya Jnanpith Trust, which awards India’s most prestigious and highest literary award, the Jnanpith award.

She addressed the United Nations in 2000 at the Millennium World Peace Summit of Religious and Spiritual Leaders, a speech in which she stressed the need for oneness among faiths and went on to chair a special session of the conference. Chanda Kochhar is married to Shri.Deepak Kochhar, a wind energy entrepreneur and her Business schoolmate. Presently, she is also serving as a non-executive director on the board of Nestle SA. She is also Global Advisor at Harvard Business school.

Indian government conferred Padma Shri award on Naina Lal Kidwai for her contributions in the field of Economics , Trade & Industry. Ekta Kapoor is the daughter of legendary star Jeetendra, Ekta has created a fame for herself in TV serial and film production industry. She can easily be termed as the most successful female producer of entertainment world in India. I had no idea I was the youngest chef in Delhi. When I started as the Chef Manager at age of 23, it does definitely feel young, but I took up all my responsibilities as a challenge. It was extremely difficult in the beginning, to handle a kitchen, the cooking etc, but every single day was a learning for me.I always keep it to that, there’s so much to learn out there, from managing a staff of 14 in a kitchen to now handling two kitchens, it’s a great leap for me, and something that I am proud of.I obviously want to continue growing, and learning every single day! She Says !

10 Things We Would Be Able To Do When Facebook’s Dislike Button Becomes Active
If You Are Willing To Go Abroad For Job, Then Do Watch This Video