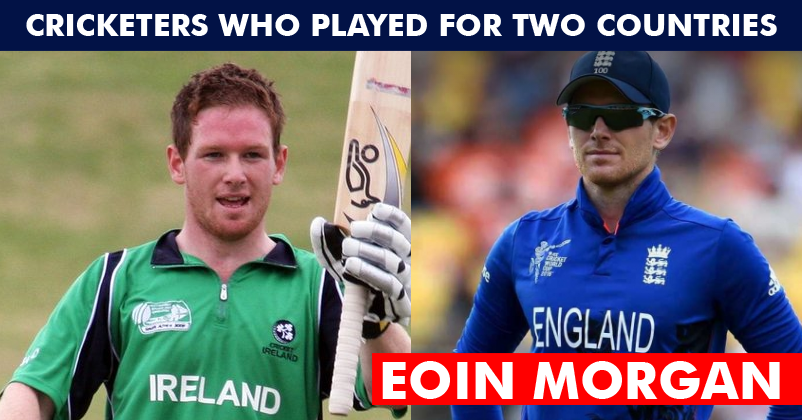 There have been 26 Cricketers who have played for one or more nations in the whole Cricketing history. In the early days, there were no rules which decided which nation a player would represent. However, more recently, ICC has formulated a criteria for players to switch nations. Of the 26 players who represented two countries, many kept swapping between Associate Nations of ICC recently. Our list of 11 Cricketers involves players who played for a long period of time for at least one regular member nation of ICC. Billy Midwinter was the first cricketer to represent two nations. He swapped his national team twice. He started playing cricket for Australia in 1887 and played just two matches. Four years later, he played for England in 1881-82 during which he appeared in four test matches. An year later, he was playing for Australia again. Iftikhar Ali Khan, the 8th Nawab of Pataudi, is the only cricketer to represent both India and England. He played 3 test matches for England first during 1932-34. Twelve years later he played three test matches for India in 1946. Eoin Morgan, the current T20 and ODI Captain of England, first played for his home country Ireland. He is the first of the only two players in the history to have scored an ODI century for two different nations. Ed Joyce made a sensational debut for England as an opener and went on to play 17 ODIs before moving out to play for Ireland. He retired last year in an ODI against Pakistan. Dirk Nannes born in Melbourne, Australia, represented both Australia and Netherlands on the cricketing field. He played just one ODI and that for Australia before shifting all his attention to T20 cricket. He is one of the first freelance cricketers. He first played two matches for the Netherlands and then got selected for the Australian side. He has appeared in 15 teams all over the globe. Luke Ronchi is the only player to play for both Australia and New Zealand. He established himself as a wicket-keeper batsman in the Australian Domestic circuit. He moved to his native country New Zealand in 2013. A popular face in the Ashes winning England side of 2005, Geraint Jones played for both England and his Native land Papua New Guinea. He played his last international match for Papua New Guinea against Hong Kong on 9 November 2014. Cricket has always been an amusing sport for all we Indians. These players redefine boundaries and connect two countries through the medium of sports. Do let us know who was your favorite in this list in our comments section below.

Continue Reading
You may also like...
Related Topics:cricket, two countries

This Sweet Twitter Conversation Between Sachin & Sehwag Is A Treat For All Cricket Lovers
5 Greatest Rivalries In The History Of WWE, This Will Blow Your Mind!