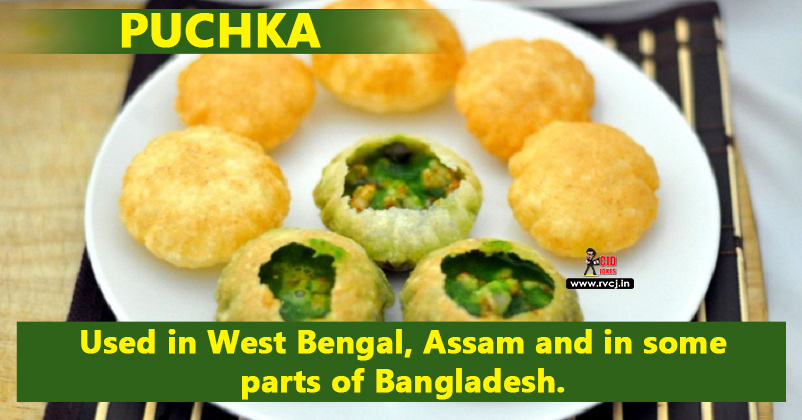 Pani Puri is the most common street snack in India. This is probably the most-loved snack in the country. About everyone reading this article is aware of the dish and its deliciousness. But, won’t be aware of these different names of Pani puri in different places of the country. So, here’s the list.

1. The taste of PAKODI is somewhat similar but the Sev makes it more interesting. 2. It is the widest used name of the Pani Puri. In north India, the Gol-Gappas are not perfectly round, they’re slightly elongated. 3. This is simply the translation of Pani puri to English. 4. This isn’t the “Aloo Tikki” in Hoshangabad, MP. These are stuffed with potato and chickpeas. 5. These are somewhat different from the original Pani puri. These include boiled gram and potatoes, chutney is tangy but the water is spicy, Slightly bigger and darker. 6. The preparation is the same it’s only the name that differs. 7. Generally, The water of Patashi is made from dry mangoes. We can find five types of waters/varities in these. 8. This is the most obvious/widespread name of the dish. The taste of the dish varies as you travel. 9. The taste of Pani Ke Patashe is similar to that of North’s Gol Gappas. 11. This is the name which is taken from the sound when the Pani puri bursts in the mouth. Do not forget to share and let us know your views about the article, please write in the comments section below.

29 Breakfasts From 29 States Of India Will Inspire You To Eat Better
Are You Eating These Foods On Empty Stomach? If Yes, You Need To Stop Them Right Away!