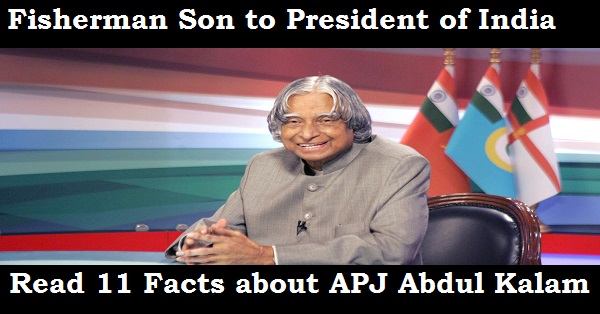 Avul Pakir Jainulabdeen Abdul Kalam or simply APJ Abdul Kalam is considered as the best President of India.  He was Born on 15th October 1931 in Rameshwaram in Tamil Nadu. He Served as the 11th President of Indian from 2002 to 2007. He was mainly involved in missile development efforts and worked on the development of ballistic Missile and Launch Vehicle Technology. He is also known as Missile Man of India for his great work in the same field. He considered himself as the Student throughtout his Life and wanted to Learn new things in the course.

Here we present you 11 facts about APJ Abdul Kalam probably you might have not known.

Abdul Kalam studied in Ramanathapuram Schwartz Matriculation School. He was considered to have average grades in his School Days. He used to distribute News papers to help his Father after the school. He was Graduated in Physics in 1954 in  Saint Joseph’s College, Tiruchirappalli which was affiliated to University of Madras. He moved to Madras and Joined Madras Institute of Technology to Study Aerospace Enginnering. Dr. Kalam is popularly known as Missile Man of India for his work on Launch Vehicle Technology and Ballistic Missile. 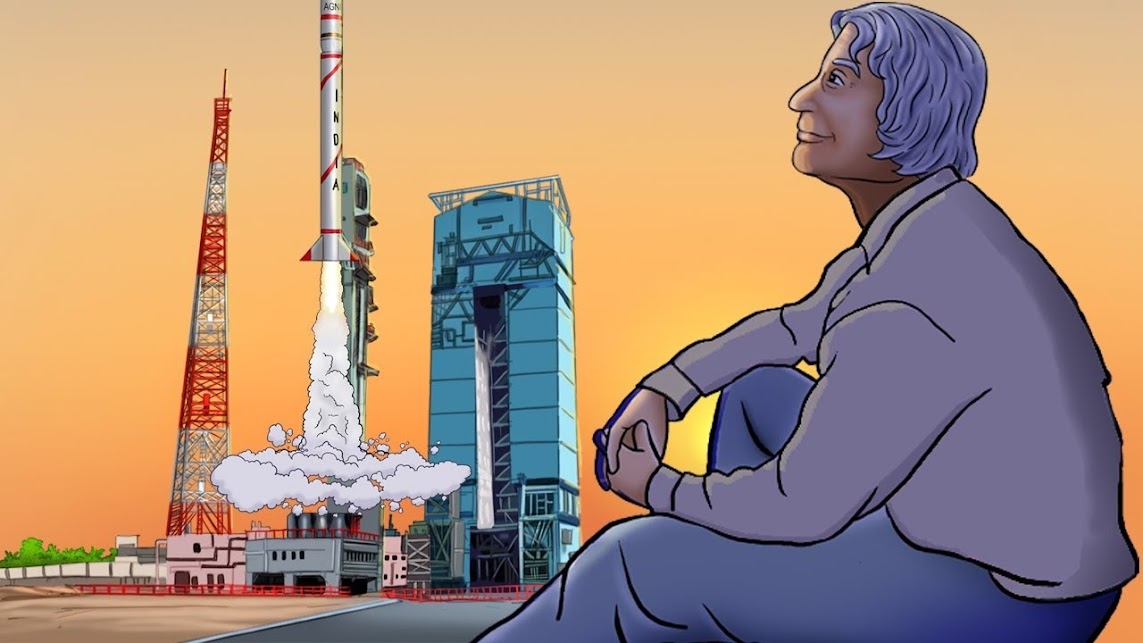 Kalam was privileged and honoured to work with Vikram Sarabhai. Abdul Kalam’s Wikipedia quotes the following

This was my first stage, in which I learnt leadership from three great teachers—Dr.Vikram Sarabhai , Prof Satish Dhawanand Dr Brahm Prakash. This was the time of learning and acquisition of knowledge for me. In 2003 and 2006 during his term as the 11th President of India APJ Abdul Kalam was nominated for the MTV Youth Icon of the Year Award. A Bollywood Film titled “I Am Kalam” has been Released in 2011. The Film is Inspired by the Life of APJ Abdul Kalam and his strong desire to Learn. The Film got an IMDB Rating of 7.9. Apart from a Great Scientist and a great human, Dr. APJ Abdul Kalam is an incredible writer also. He has written many inspirational books. The List of his Books Follows

are some of them. Dr. APJ Abdul Kalam  is a Scientist without any formal PhD Degree.

Yes you read it right he didn’t have PhD Degree from any famous Institution. He was rejected by Indian Institute of Science, Bangalore because he didn’t have requisite scientific credentials. Within a decade he received Honorary PhD Degrees from more than 30 Institutions making him the one of greatest Scientist of India. United Nations Organisation declared his 79th birthday as World Student’s Day. It is Celebrated on October 15th every year. In 2008 APJ Abdul Kalam became the first asian and also the first Indian to receive the America’s Top Engineering Prize Hoover Medal  for his Contribution to the Public Service. Dr. Kalam has led several projects but he always treated the present as his last and gave his 100% for it. When first major project SLV 3-failed Dr. Kalam  for the first time he was almost shattered.

Continue Reading
You may also like...
Related Topics:APJ Abdul Kalam, President Of India