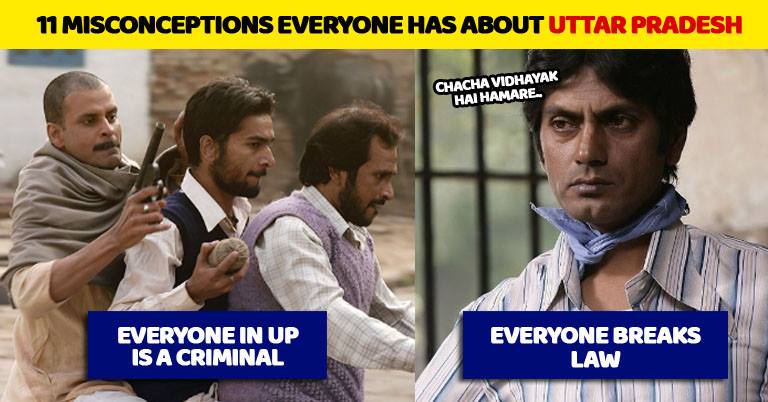 Uttar Pradesh (UP) is one of the most populous states of India and the people of UP are not considered to be very civilised or well-mannered. The crime rate here is said to be high while the state is no less in terms of corruption too. However, all these things are not utterly true for all people from UP and there are many misconceptions in the mind of people for UP walas.

In this article, we will discuss 11 major misconceptions that the rest of the Indians have for people from UP:

1. All people from UP are goons and criminals (Gunde hain sab ke sab)

It’s among the most common misconceptions and the activities of political parties can be said to be its main reason. However, just like any other place, UP also has different kinds of people and not each one of them behaves like a goon. People also think that every UP wala has a gun, they indulged in all kinds of bad activities like theft, fighting, robbery and above all, they all are rapists but it’s not true for sure!

2. They are uneducated (UP me sab gawar hi bhare pade hain)

We all know that maximum number of IPS and IAS are from UP and Bihar and this fact itself proves the above statement to be a misconception.

Another common misconception about folks from UP is that they are totally mannerless and don’t know how to behave with girls or how they should act in a big restaurant or at some decent place. Well, we all know that it’s not truth and you can find some of the most cultured and well-mannered people in the state.

4. They keep on chewing pan or gutka all the time (UP walo ka muh hamesha chalta rehta hai)

Many think that most people from UP always have pan or gutka in their mouths and they keep on chewing it all the time. Even though it can be true for few people, not every person from UP is in this category.

5. They are dirty and unhygienic 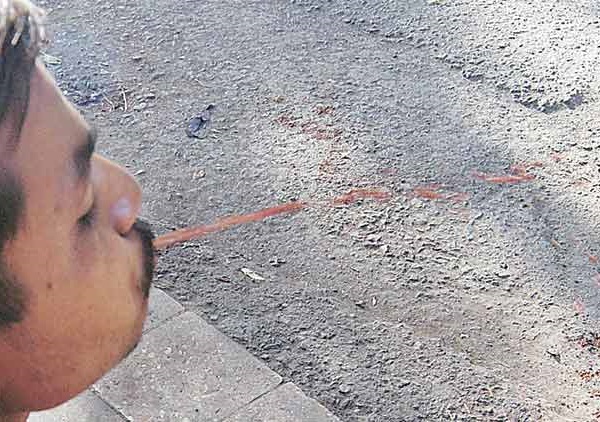 People think that UP walas are very unhygienic and they keep on making roads dirty by throwing trash. Though not completely incorrect, it is definitely not true for all people from UP. There are some people who do chew pan and gutka and don’t mind making roads and walls filthy by spitting, categorising all of the UP people under this will surely be unfair.

The whole India thinks that people from UP are highly political in nature and once again the credit for the same goes to the political parties of the state. It’s also a common misconception that all UP walas give threats to others in the name of their relatives, their power and position.

Well, UP walas are quite sweet and soft-spoken as well and calling them all arrogant or abusive is again not justified.

8. Breaking law and corruption is in their blood (Kanoon ko jeb me rakh kar chalte hain)

People from UP are considered to be corrupt and the ones who seldom follow rules. However, law-breakers are in every city and saying that UP is filled with such people is a misconception for sure.

9. They speak Bhojpuri and watch Bhojpuri films only (UP ke Bhaiye)

Certainly not! People from this state love to watch Bollywood and Hollywood movies as well.

10. They all are poor & live in huts in villages (UP me sab gareeb hi hain aur gaon me jhopde me rehte hain)

There are many rich and affluent people in the state who have even more land and a bigger house than people of metro cities! Believe it or not, it’s true!

Once again, it’s a big misconception! UP and Bihar are two different states and even though there might be some similarities in the habits of lifestyle of people from both the states, they can’t be considered to be from the same state.

Do you know about more such misconceptions that people have for UP walas? Add to the list!

Here’s Why Some Kings And Queens Take Up The Name Of Predecessors
From A Film Producer To The Next CM Of Karnataka, Here Are 11 Facts About Kumaraswamy