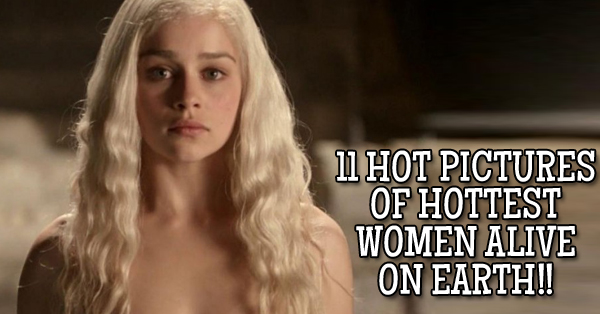 HBO’s very popular show GAME OF THRONES was loved by billions of people and made it to their must watch series before you die, reason being its brilliantly planned screenplay and amazing script with flawless acting of all the arists in it. Out of the all it was the Charm of the lead actress EMILIA CLARKE who played the bold character of DAENERYS TARGARYEN in the series, became the key element which drove the attention of millions of young hearts and made them watch all the series. Be it her acting or her sizzling hot figure, people went crazy about her and many in fact watched the series for her.
She at just a mere age of Twenty Eight Years have achieved her biggest dream and became the Sexiest looking women alive in the world, 2015.

Here we bring you 11 Hottest Pictures of EMILIA CLARKE which will make you believe that she indeed is the hottest women alive. 😉 Check these out. Continue Reading
You may also like...
Related Topics:11 Pictures Of SEXIEST WOMEN ALIVE - Emilia Clarke Will Make You Fall In Love With Her!!, Emlia Clarke, Game Of Thrones, GOT Actress, GOT Cast