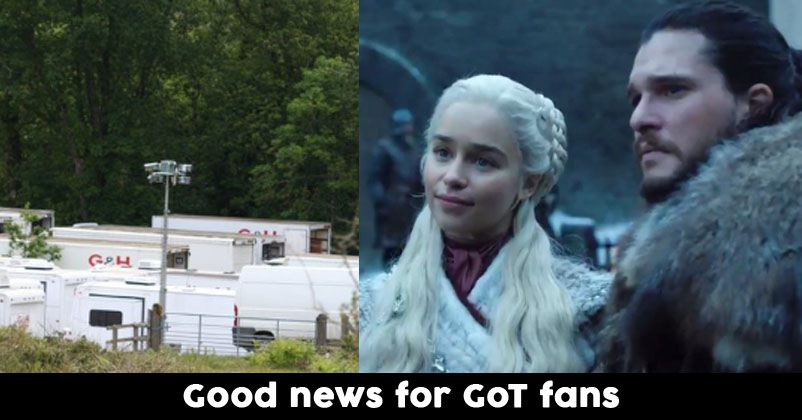 Game of Thrones has been a wonderful journey for all, but the last season let us say the truth was very disappointing. The script was very weak and no one could understand the hurry to finish off the show. The show did have brilliant graphics but lacked in the storyline. People also went to lengths to demand a remake of the whole season. But hold on, my fellow GOT’ians prequel of the series is on its way.

Filming of the series has started in Northern Ireland, the title of the series is going to be Bloodmoon. New pictures and videos being shared online show an under construction rock formation, perhaps a cave. The pictures were shared online by a Twitter account called BloodmoonIRL. Who knows the authenticity of it, but yes they did gain some attention.

GoT Prequel : Loc- Marble Arch Caves
Apologies some problems with the focus on the long lens this evening – so some of these are a bit fuzzy. The only 'Prop'? I could see out in the open, partially covered over. #GoT_Prequel #Bloodmoon #GoT #GoT_Mammothcave pic.twitter.com/0k2feolN7Q

I wonder why Cladagh Glen and Marble Arch Caves are being closed 17-26 June? #GameOfThrones #prequels pic.twitter.com/DTVTytzUhD

Who else is eagerly waiting for the prequel to be made?

Continue Reading
You may also like...
Related Topics:GOT, GoT 8, GOT Cast